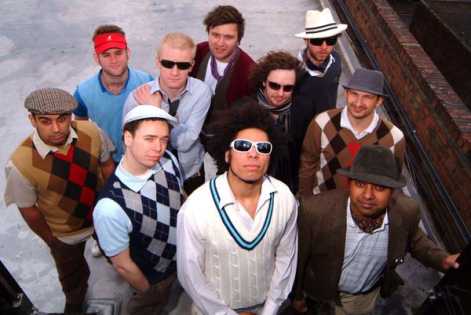 Blissfields favorite, Imperial Leisure, who will headline the opening night, and a band that have become synonymous with the event, Subgiant will again be closing the main stage on the Friday night.

Following their most exciting summer in 2011, Blissfields Festival returns in 2012 to Winchester, Hampshire on the weekend of 29th June to 1st July, where the first wave of local acts to perform have now been announced along with a Blissfields favorite, Imperial Leisure, who will headline the opening night, and a band that have become synonymous with the event: Subgiant will again be closing the main stage on the Friday night.
Elsewhere on the line-up; The Mini Band have wowed Metallica with their cover of ‘Enter Sandman’ and other classic rock tracks, going on to become a YouTube phenomenon; Gosport natives Bear Cavalry have grabbed the attention of Kissy Sell Out and BBC 6 Music; while Cut Corners, Stinger, and Little Chief all return as festival favourites.
~ Blissfields ‘12 ~
The 2012 line-up and headliners remain, as always, a closely guarded secret for now. Previous headliners have included Mumford & Sons, Laura Marling, Super Fury Animals, Tricky, and Frank Turner, who along with this year’s announced acts join Ben Howard, King Charles, Gold Panda, Summer Camp, and Mystery Jets, and many more as part of Blissfield’s musical heritage.
The festival has been applauded over the past 11 years for its attention to detail, creativity, family friendly atmosphere and wide ranging musical bill, but above all, for remaining at an intimate 2,000 capacity, following years of critical acclaim, stellar live performances from some of the country’s biggest live music acts, and sell-out crowds.
“Game For It!”
In 2012, Blissfields nod their school cap to the world of sport, offering a dandy revival of the Great British Summertime and a golden age of playground camaraderie and frivolity. With a full program of sports day shenanigans, a school disco and late night ballyhoo, expect your mischievous tutors to be on fine form as they guide you through the most fun you’ll have with your chums all year. Hoorah! Hoorah, indeed!
This year you’ll have the opportunity to represent your House, as well as vote for Head Boy and Head Girl, once again giving fans of the festival another way to be a part of the makings of the event. Although Blissfields will not be strict on the dress code, they warns they may have to employ Hall Monitors to make sure you are all upholding the Blissfields reputation.
Grab your jolly hockey sticks and catch us round the back of the bike shed for the best “last day of term” style fun you ever had.