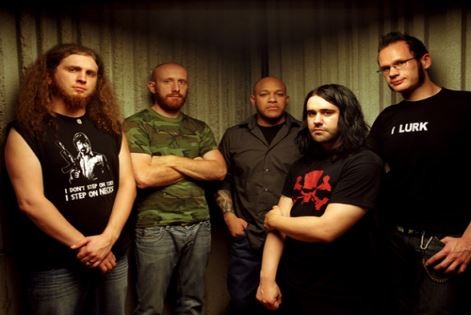 Metal overlords and Roadrunner labelmates TRIVIUM and KILLSWITCH ENGAGE are thrilled to announce they are teaming up for a string of co-headline UK shows in February.

Trivium frontman, Matt Heafy declares, "There is no question that Killswitch Engage is one of the most influential bands of the last decade.  It is an honour to be able to tour with one of our personal favourite bands across one of my favourite places on Earth: the U.K!" Joel Stroetzel, guitarist for Killswitch Engage, backs him up, enthusing, "We're all very excited for the upcoming tour with Trivium! The UK has been a favourite place to play for both bands over the years, so joining forces should make for some great shows! Very psyched!"
Prepare to get your face melted.
FEBRUARY 2014
SATURDAY      1          MANCHESTER ACADEMY
SUNDAY           2          O2 ACADEMY BRIXTON
MONDAY          3          O2 ACADEMY NEWCASTLE
THURSDAY      6          O2 ACADEMY BIRMINGHAM
FRIDAY            7          SOUTHAMPTON GUILDHALL
Trivium's brand new album 'Vengeance Falls' is released today, October 14.

Killswitch Engage's latest record 'Disarm The Descent' landed the band their highest ever UK chart position (#15) upon it's release in April this year.

Published on 15 October 2013 by Ben Robinson