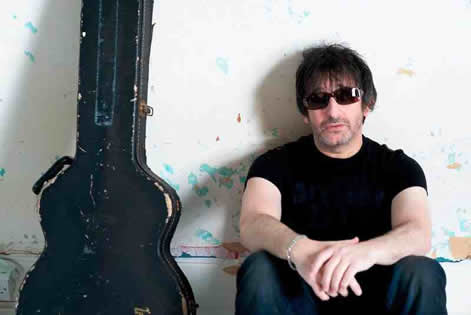 The Lightning Seeds will close the Main Stage on the Sunday of 2011’s Headstock Festival, while The Herbaliser Band also join the bill in a UK exclusive.

The non-profit, volunteer and musician led Headstock takes place at the Newstead and Annesley Country Park, near Nottingham, on September 9-11th 2011.
The Lightning Seeds who enjoyed a string of hits including “Pure”, “The Life of Riley”, “Lucky You” and the number 1 “Three Lions” join Echo & the Bunnymen who headline on Saturday night – in supporting this not for profit independent quirky festival which provides support to an inspirational former mining community.
The Herbaliser Band - one of the UK’s most sought after festival acts will be giving a rare full band performance and will be joining The Lightning Seeds on the Main Stage on Sunday 11th.
The Lightning Seeds and The Herbaliser Band join a line up of over 100 acts, spread across 5 stages and dance arenas. Already confirmed are Craig Charles, Nick Harper, Tunng, African Head Charge, Aistaguca, Seas of Mirth, Royal Gala, 25 Past The Skank, Alberteen, The Halluminati, C.W. Stoneking, High Llamas, Tilted Smile plus DiY & Smokescreen and Muzika! soundsystems. There are more acts yet to be announced, including an entire stage of up-and-coming regional talent.