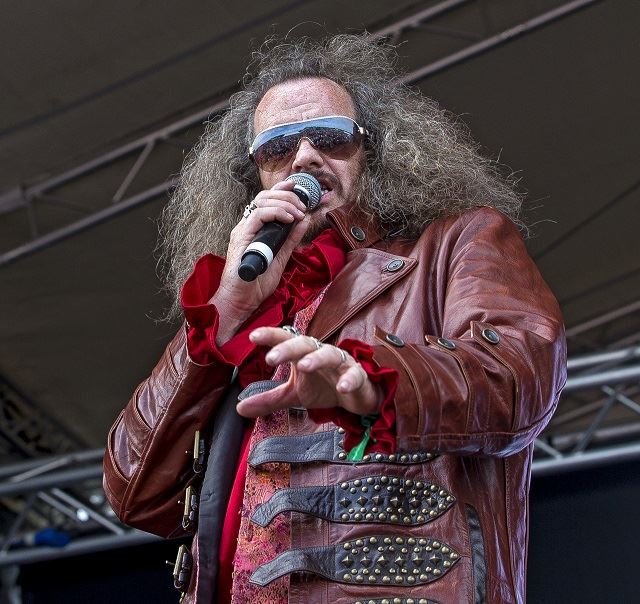 Jack Up The Summer is renowned for being one big Summer party and for anyone who lived through the 80’s try as you might, it’s impossible to forget some of the real cheesy-pop tunes which were synonymous with the decade.

Living up to its promise of celebrating the upbeat, feel-good, fun atmosphere of the 1980’s which not only committed outrageous crimes against fashion, Jack Up The Summer’s ‘80’s day’ on Saturday 10th August will also be reliving the distinct breed of pop songs that, despite being reviled by serious pop aficionados, went on to trounce all the pop heavyweights in the charts.

Get your cameras ready and prepare to take part in the biggest conga line the Isle of Wight has ever seen when British pop band Black Lace take to the stage! Best known for their novelty party anthems, Black Lace spent 86 weeks in the UK charts in the 1980’s. Their biggest hit, ‘Agadoo’ reached Number 2 in June 1984 and they went on to have follow-up success with tracks such as ‘Superman’, ‘Hokey Cokey’ and ‘Do the Conga.’

All Music once wrote, "If you're looking for the band with the least street credibility in the world, whose name alone makes people cringe, then look no further than Black Lace, the equivalent of the naughty seaside postcard.”

Organisers said; “Their records were a bit of fun, designed to get people on the dance floor. Black Lace's gift to British culture is one which will cause people to immediately put their head in their hands but without realising it, they’ll be launching into the lyrics that once divided
lovers of ‘proper music’ and the wider record-buying public: "Agadoo doo-doo, push pineapple, shake a tree..."

We intend to ensure there’s increased seating provision in the bar at this time as fully anticipate a mass exodus in this general direction!” English novelty pop music act Jive Bunny & the Mastermixers are delighted to be heading to the Isle of Wight to mix up the hits as part of Jack Up The Summer. The act had eleven
entries in the UK singles chart between 1989 and 1991. Each track used a sampled instrumental theme to join the old songs together, in much the same way as dance
music megamixes.

Having achieved 3 consecutive UK Number 1s with the smash hits ‘Swing The Mood’, ‘That’s What I Like’ and ‘Let’s Party’, their records featured rhythmic re-editing of pop music from the early rock 'n' roll era combined together into a medley.

Their live performance features Jive Bunny on the decks and in the mix plus professional dancers who combine to create the ultimate party experience.

A spokesperson for the bunny said; “In 2015 we performed our first live show in over 20 years when Jack Up The 80s invited us to the Isle of Wight. Since that day we have gone on to perform 100's of live shows across Europe and jumped at the chance to return.

It's particularly fitting as this year is our 30th Anniversary and we are planning something very special for our live show. C'mon everybody...let's party!”

Also returning after 3 years are British glam rock band Doctor and the Medics, famed for their 2.4 million selling Number 1 hit in 18 countries ‘Spirit in the Sky.’

Promising as ever to deliver a great live show that just has to be seen to be believed, this unique and sensationally flamboyant act won over hearts and minds at early editions of the event and band members have remained huge supporters of Jack Up.

Best known to millions as the chalk-faced vocalist of Doctor and the Medics, The Reverend Clive Thomas Jackson said; “We absolutely love this brilliant event and are great friends not just with the organisers but have made some really good friendships with people on the Isle of Wight as a result of performing at the Jack Up Summer festival. It is a pleasure to be invited back to get the party started on Saturday 10th August.”

With Early Bird tickets having now sold out, standard Tier 1 tickets can be purchased online at jackupthesummer.co.uk as well as over the counter at Island outlets including the County

The earlier you buy the more you save! Kids aged 12 and under go FREE! This year owing to popular demand organisers have released a teen ticket for 13-17 year olds sold at half the price of adult tickets.

Island visitors can save 20% off of Wightlink and Red Funnel ferry travel when purchasing their festival tickets via the Jack Up The Summer website – jackupthesummer.co.uk

Jack Up The Summer 2019 Doctor and the Medics