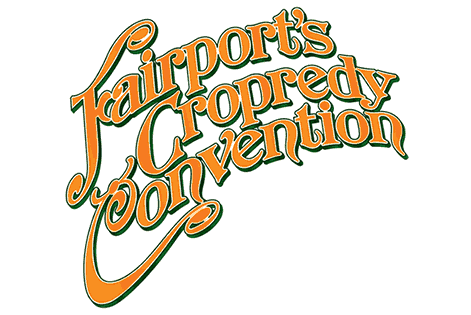 But first let me tell you about the festival. It was started in 1970s by folk legends Fairport. It has grown a lot since then, but it has taken the village with it. You will find your fellow festivalers all over the village and I have never heard a grumble from the residents of the village.

The chapel serves up good home made soup and I get my breakfast in the village hall. All the meals are cheaper than the food vans prices. The local local scouts do the litter picking on site and this year they made over £6,000 from the friendly festival  goers. If you arrive on foot or publc transport you can camp for free. When I arrived on the Thursday I met some people who had kayaked down the river all the way from Staines to get here. They did 111 miles in four days.

The whole of the festival site is set in one big hill. One of the good things about the hill is that you can see the stage from where ever you stand – even the chiildren’s section at the top of the hill. This is home to a really good storyteller, a circus skills area and a place where you can make anything you like out of boxes and stickers. If you have to be with your children you can still see the bands and give them space to run around. You can also take your dog onto the campsite and main festival site.

Although there is only one stage, you can find more going on in the village at the ‘festival fringe’. Music at the fringe is in two pub gardens and this year it played host to a set from the brilliant cajun- rock and skiffle band Mama Rosin. At the end of the set they grabbed everyone up on stage for one more final boogie – I got to play the washboard!

You can take in your own alcohol and food onto the site but there is also a really good bar and food outlets if you run out. There is no backstage bar at the festival so expect to see artists at the bar – you will normally see Robert Plant and Bob Harris watching bands every year. On the Friday afternoon, I told Bob Harris that I was reviewing the festival for UK Festival Guides and he was kind enough to chat to me. He told me that his highlights so far had been Hayseed Dixie and The Travelling Band.

I too loved Hayseed Dixie’s take on classics, including a bluegrass version of Bohemian Rhapsody – think duelling banjos in the heavy guitar section! Personally I preferred their version to Queen's and I'm tough to please with covers.

Set this against Katriona Gilmore & Jamie Roberts. They play more traditional and melodic folk - Jamie's guitar work was inspirational and everyone was wowed at Katriona's voice.

UB40 was a suprising headline choice but it was even more suprising to see how many teenagers were down the front screaming and excited to see this blast form the past that deffinatley went down well.

Every year the BBC Young Folk Award Winners have Friday’s 12 o clock spot at the festival. Moore, Moss and Rutter were this year’s winner. They drew a good crowd despite the early time slot. The Travelling Band came next and proved to be one of my finds this year. Their raw harmonys were great. Although having this cosmic-country group after a traditional trio was a bit weird and sort of cool at the same time.

Another highlight of the day was the Dylan Project. Dylan is a legend and his songs are so hard to cover. As a Dylan fan, I get really annoyed when people cover him, but this band got it just right. They were absolutely superb. I spoke to Fairport’s Dave Pegg and Gerry Conway who were happy to talk to me about Dylan and the festival.

Seasick Steve was the Friday night headliner and his set was just great. After his first song he welcomed on John Paul Jones of Led Zepplin who accompanied on bass and mandolin him for the rest of his set. I have seen Seasick Steve several times but this combination of Seasick Steve’s spellbinding blues and the virtuoso skills of John  Paul Jones made it the best yet.

On Saturday Richard Digance played his usual midday slot. It’s become a tradition and the field was packed. During the set he got the whole crowd to wave hankeys and follow his other silly actions.

The festival has its roots in folk music but its not afraid to put on other music. This year a great crowd pleaser were The Blockheads who played a set featuring all their best-loved anthems. But in a brilliant spot of ‘curating’ traditional folk band Lau followed and also echoed the Blockheads, slipping in punk, jazz and rock 'n' roll riffs along the way. They are great to watch particularly when Martin Green (accordian) starts rocking out!

In keeping with tradition, the headline for Saturday night was Fairport Convention. During their set they played their folk opera, Babbacombe Lee and welcomed Ralph Mctell on as a special guest. The finale saw every available act from the whole programme on stage to join Fairport in Meet on the Ledge complete with fireworks.

The vibe at Cropredy is great and this is why people come back year after year. The laid back atmnosphere makes you feel like you’ve been part of a three day community where everyone’s included.

Published on 14 August 2011 by Ned Mansfield