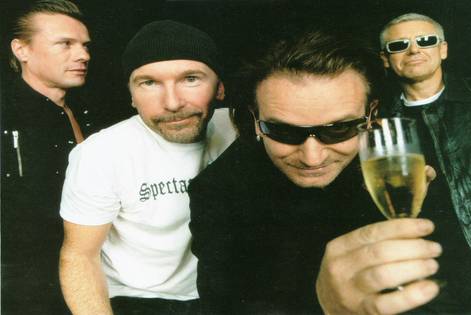 Glastonbury festival have today announced its full line up with U2, Beyonce and Coldplay headlining this years spectacular event.

"If there has ever been a better line-up anywhere else in the country, then I promise I'll retire this year!” says Festival Organiser Michael Eavis. “This covers every aspect of popular music culture and really gives people something to look forward to in this austere climate - the benefits of which have to last for two years, until we're back again in 2013!"

Glastonbury Festival is pleased to announce this year’s line-up. Over 100 acts spread across 28 stages and performance areas reveal the breadth of the world’s most diverse outdoor festival of contemporary performing arts. From Beyonce to Bez’s Acid House, U2 to Zingzillas, there’s something for every taste, age, whim and fantasy.

Among the new areas introduced in 2011 are a recreation of the iconic pyramid stage which formed the centrepiece of the 1971 festival - with many of the original performers – and Campo Pequeno, an alternative Latin American bullring with Mexican wrestling and tomato fights. Here are some extra attractions to be discovered around the Worthy Farm site’s 1,000 magical acres.