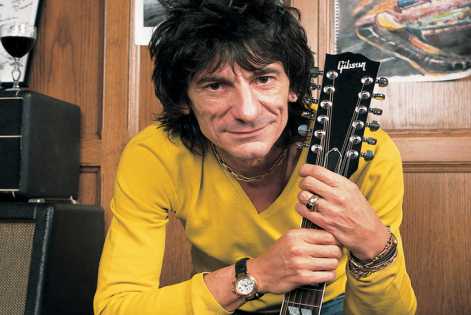 Following the runaway success of BluesFest 2011, which saw more than 16,000 music fans attend concerts by some of the biggest names in blues, jazz and soul, the festival returns to the UK this summer for a 10 day celebration of incredible music.

In response to the widespread popularity of last year’s BluesFest, the 2012 festival will increase in size and scale with BluesFest Manchester introduced to complement its southern counterpart.

The first wave of confirmed headline events include: An evening of music curated bysuperstar guitarist Ronnie Wood, who will be inviting some of his favourite musicians to join him for an exclusive tribute to the legendary Chicago-based blues label Chess Records; “Van Morrison Sings The Blues”, one of popular music's true innovators performing a unique concert of the music that continues to inspire him.

Tom Jones will be revisiting 2010’s acclaimed gospel and blues set Praise & Blame as well as showcasing exclusive material from his forthcoming new album; the inimitable Southside Johnny and the Asbury Jukes will be bringing their intoxicating live show to both London and Manchester; distinguished soul and blues legend George Benson returns to the UK for shows at London’s Royal Albert Hall & Manchester’s Bridgewater Hall; renowned actor turned pianist & singer Hugh Laurie will be making a highly anticipated homecoming to perform music from his globally acclaimed 2011 debut Let Them Talk; and blues mainstay Robert Cray and his band will be roaring into town for what promises to be a blistering night of blues at O2 Shepherd’s Bush Empire.

Furthermore, in what is a major coup for BluesFest 2012, Ronnie Wood has been commissioned to create the festival’s artwork. As revered an artist as he is a guitarist, Wood’s paintings are displayed in galleries around the world and the striking portrait he has produced for the festival cements his position as one of the art world’s most unique and enduring talents.

The broad scope of BluesFest 2012, which aims to present the finest in blues and the genres and artists it has influenced, is reflected by slots for former Rolling Stones guitarist Mick Taylor; the “Screaming Eagle of Soul” Charles Bradley; phenomenal blues-rock outfit Gov’t Mule, gritty US guitarist and acclaimed songwriter John Hiatt; and one of the most talked about young guns on the scene, JJ Gray. The festival will also once again support the wealth of home-grown talent the UK has to offer with slots for Ian Siegal, Matt Schofield and Brand New Heavies - with many, many more names to be added over the coming weeks

For ticket info go to BluesFest