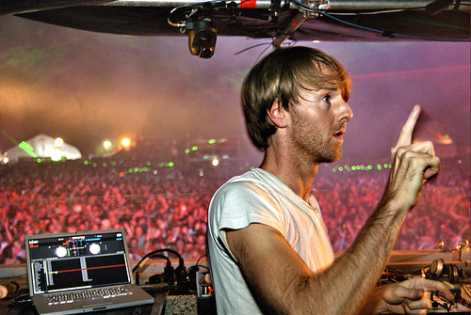 Bloc is beyond ecstatic to announce that the driving force for modernism in techno, Richie Hawtin, will finally be in effect for the 2012 festival.

It's not every day, or indeed ever, that you see pop culture icon Snoop Dogg on the same programme as avant-garde minimalist composer Steve Reich. Variously considered America's greatest living composer, and one of the few people who can legitimately claim to have changed the course of musical history, Mr. Reich will be appearing at Bloc with the Bang On A Can Allstars.

Reaching the technological conclusion of the minimalist seam first mined by Mr. Reich, and completing our triple-headed announcement, Bloc is beyond ecstatic to announce that the driving force for modernism in techno, Richie Hawtin, will finally be in effect for the 2012 festival.
Snoop Dogg
Global superstar, cultural phenomenon and raps most charismatic frontman Snoop Dogg needs little introduction, such is his overwhelming presence in music history. Alongside Dr Dre, he was responsible for launching the classic west coast sound into the homes of millions, and has managed to stay at the forefront of his game throughout.
Snoop is a universally adored figurehead in recent years, a loveable mix of pop culture icon and Yoda-esque ghetto guru with an ear for a P-Funk hook and a drawl like no-one else on earth. More unusually still, hes kept his credibility...
Richie Hawtin
It's been a long time coming, but finally, high emperor of techno Richie Hawtin is playing at Bloc. A tireless ambassador for techno musics forward-looking potential and one of the genre's few DJs who can truly take control of vast crowds and put them under his spell, Hawtin's ascent began a few years after the first wave of...
Steve Reich
There are few living composers more influential on modern electronic music than Steve Reich. Ostensibly from a modern classical background, but with a reach that spreads from the most avant-garde experiemental music to straight up pop, his work from the 1960s onwards essentially mapped-out the entire spectrum of "minimalist" music while inspiring