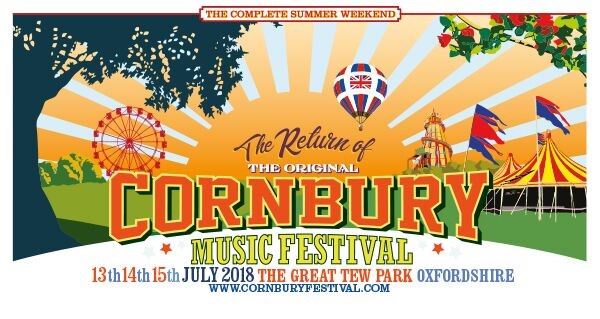 Responding to a clarion call from fans to return after last year’s Fabulous Finale, the rejuvenated Cornbury Festival is back for 2018 with a fantastic UK festival exclusive

Alanis Morissette will headline the festival’s Saturday line up on July 14th. The Queen of Alt-Rock and author of the iconic ‘Jagged Little Pill’ album which has sold over 33 million copies since its release in 1995 will be the headline artist for the festival in Great Tew Park. Now in its celebratory 15th year and back for the year that wasn’t meant to happen. ‘I’m still in shock from the massive outpouring of love and support for Cornbury’ says promoter Hugh Phillimore. ‘We’re back thanks to the incredible loyalty of our fans’.

The rest of the Cornbury line-up for Friday 13th and Sunday 15th July will be announced on March 1st. The three day festival in Oxfordshire is a family friendly event, commended to be one of the safest festivals in the UK with activities for all ages and a favourite of local celebrities and their children.

Saturday Day tickets are available from 8am February 14th along with weekend tickets via www.cornburyfestival.com

Published on 14 February 2018 by Ben Robinson