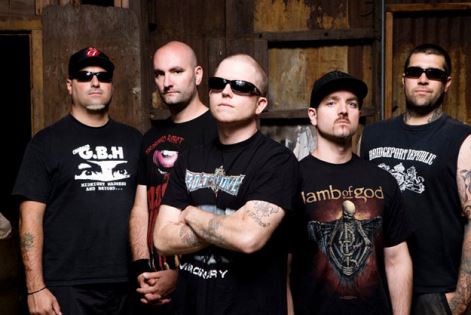 BLOODSTOCK 2014 are excited to announce four more bands to the 2014 bill!

East Coast metal/hardcore legends, BIOHAZARD join the Ronnie James Dio stage line up. The band are hard at work on a brand new album due for release this year via Nuclear Blast Records. Band leader Billy Graziadei comments “We've watched some awesome Bloodstock line-ups over the past few years and we're very psyched to be part of this one! See you in da pit!” Check out the video for ‘Vengeance Is Mine’ from last album, ‘Reborn In Defiance’ here.

Fronted by current Nightwish vocalist, Floor Jansen, REVAMP also step up for a main stage slot. Floor successfully juggles her commitments to both bands, and is taking REVAMP on the road across the US this Spring with Iced Earth and Sabaton. About the Bloodstock slot, Floor comments “REVAMP is thrilled to play at Bloodstock this summer! It’s a great festival with a strong metal heart in a metal-loving country for which we have nothing but great memories. We can't wait to rock the British crowd again!”

Ground-breaking Israeli progressive metallers, ORPHANED LAND also join the bill. The band, who shortly embark on their first ever Australian tour, are noted for bringing together fans of differing religious backgrounds and were even the focus of a 2012 online petition by followers, nominating them for the Nobel Peace Prize. “I could never imagine in my wildest imagination that an Israeli band would be followed by thousands of Muslims from around the world”, commented frontman Kobi Farhi, but that is exactly what has happened. In Turkey (the only Muslim country where they are permitted to play), ORPHANED LAND play huge arenas and fans travel huge distances from countries like Egypt, Iran, Lebanon, Syria and Jordan to see the band play. ORPHANED LAND truly embody the brotherhood of the heavy metal genre and BLOODSTOCK is proud to welcome them to Catton Park. The band’s album, ‘All Is One’ is available now.

Belgian death metal outfit, ABORTED also pick up an early main stage slot at Catton Park. The band have just entered the studio to record new album, ‘The Necrotic Manifesto’ which is due for release this summer via Century Media. This April the band head over to tour North America with Kataklysm, before returning to Europe for the summer festivals.

BLOODSTOCK firmly believes in supporting the grass roots of the genre and helping grow the new wave of metal bands. Their ‘Metal 2 The Masses’ programme is a key part of that and the 2014 scheme is go!! There’s still time to sign up your (or your favourite unsigned local band) to one of the regional heats and maybe win a chance at playing at this year’s festival!

BLOODSTOCK 2014 is shaping up to be the strongest yet, with early bird and rocksoc tickets selling out in record time. Friday night’s headliners are New Orleans sludgemeisters, DOWN. Joining them to head up Saturday night are black metal overlords, EMPEROR and closing out proceedings on Sunday are the mighty thrash legends, MEGADETH. Also announced so far are AMON AMARTH, OBITUARY, CROWBAR, HATEBREED, LACUNA COIL, CARCASS, PRONG, CHILDREN OF BODOM, SAXON, DECAPITATED, FLOTSAM & JETSAM, PRIMORDIAL and EVIL SCARECROW. More bands will be announced shortly.

BLOODSTOCK will be held at Catton Park, Derbyshire on 7th-10th August 2014. Keep up to date with the very latest info on BLOODSTOCK’s official sites at www.facebook.com/bloodstock and www.bloodstock.uk.com.

Published on 14 January 2014 by Ben Robinson