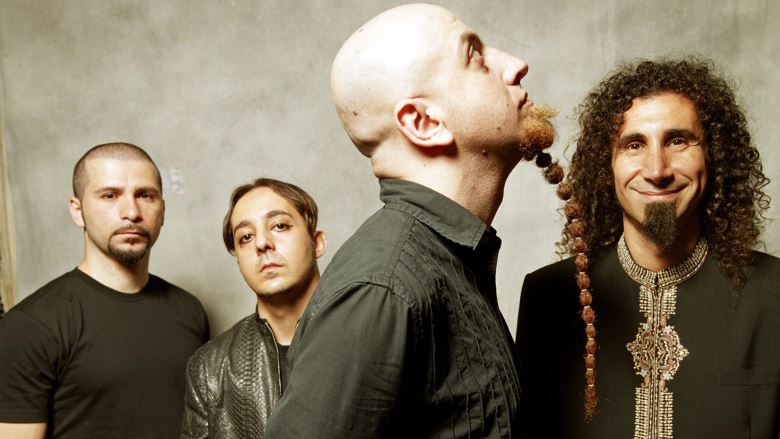 The biggest date in the rock and metal calendar took place as 80,000 people descended on the hallowed grounds of Donington Park, Leicestershire across the weekend for the 15th annual Download Festival.

With the sun shining throughout the weekend and the improved site greener than ever, the crowd once again made Download Festival the most unmissable event in the festival calendar. With 300 metres of new drainage added (the height of the Shard in London), new traffic routes and increased security measures, Download fans were able to enjoy every moment of the festival to the fullest.

Fans arriving on Wednesday took full advantage of The Village and campsites, providing the ultimate experience for Download festival-goers. From the Wall of Death to the Side Splitter comedy tent, silent disco, cinema, multiple food stands and even a full supermarket, the festival atmosphere was incomparable.

The first full day of music on Friday saw Prophets Of Rage (featuring members of Cypress Hill, Rage Against The Machine and Public Enemy) deliver mammoth performances of their respective band’s politically charged hits, also paying tribute to their "fallen comrade", Chris Cornell. Pop-punk royalty Good Charlotte thrilled by performing their classic pop punk anthems before second stage headliners Sum 41 provided huge servings of nostalgia, ending their set with classics ‘In Too Deep’ and ‘Fat Lip’.  Sleeping With Sirens made their Download debut with a storming headline set at The Avalanche Stage, which was this year hosted by Fresh Blood’s Alex Baker. The crowd went wild for Machine Gun Kelly’s injection of rock-infused hip-hop, whilst metal legends Exodus fired on all cylinders as they brought The Dogtooth Stage to a close, with a ferocious set of unhinged thrash for the history books.

System Of A Down made their welcome return to the sacred grounds of Donington with a festival masterclass. The 31-song strong set, saw the Armenian innovators delve into their immense catalogue of rock club anthems such ‘Chop Suey’, ‘BYOB’ and ‘Toxicity’. The crowd was whipped into a final frenzy as they closed with ‘Sugar’, reminding the world how truly unique they are.

Saturday’s epic line up saw Of Mice & Men bring a triumphant set to the Main Stage, with bassist Aaron Pauley stepping forward into the limelight as new frontman. UK horror-punk upstarts Creeper ticked off their bucket list with an amazing Main Stage debut ahead of their idols and punk legends AFI, who graced the Download stage for the first time. Pop-punk heroes Simple Plan brought the fun as Saturday’s Avalanche Stage headliners, whilst ex-Murderdolls frontman Wednesday 13 laid waste to The Dogtooth Stage. Horror-rock legend Rob Zombie turned the Zippo Encore Stage into his trademark twisted carnival with a spectacularly visual show and massive hits such as ‘Dragula’, ‘Superbeast’ and ‘Living Dead Girl’.

Biffy Clyro claimed their well-earned place atop the festival bill on Saturday. The Scottish rock titans rattled through a set of modern rock classics including ‘Many Of Horror’, ’Black Chandelier’ and ‘The Captain’ – as well as some deep cuts – with the crowd singing every word back to them. Simon Neil prepared the crowd for Aerosmith by leading a sing-along of ‘Don’t Wanna Miss A Thing’ before launching into their finale of ‘Stinging Belle’ with a pyrotechnic show to make Rammstein jealous.

Throughout the weekend, WWE NXT provided non-stop high impact action in their full size wrestling arena. Capacity crowds were amazed with displays of skill, athleticism and high flying manoeuvres as the most electrifying names in sports entertainment delivered the full NXT experience to Donington Park. The knockout moment of the weekend came from a loved up festival-goer as she proposed to her boyfriend in the NXT Arena, with the engagement ring in an X-Box themed container. They are now happily engaged following the couple’s first Download Festival together.

‘America’s Great Rock Band’ Aerosmith took to the Download Festival Main Stage on Sunday evening for their final ever UK appearance. Having received worldwide praise on their ‘Aero-Verdeci Baby!’ tour, the audience were treated to an unbelievable show laden with mega-hits ‘Love In An Elevator’ and ‘Dude Looks Like A Lady’, followed by the whole of Donington Park singing along to the epic ‘Don’t Want To Miss A Thing’ before closing with ‘Walk This Way’. Liv Tyler looked on as Steven Tyler, Joe Perry, Joey Kramer, Tom Hamilton and Brad Whitford brought the 15th edition of Download to a close in true style.

Highlights of the 15th Download Festival will be broadcast on SKY ARTS on 23 and 24 June from 9pm – midnight.

Download Festival 2017 Biffy Clyro Aerosmith System of A Down