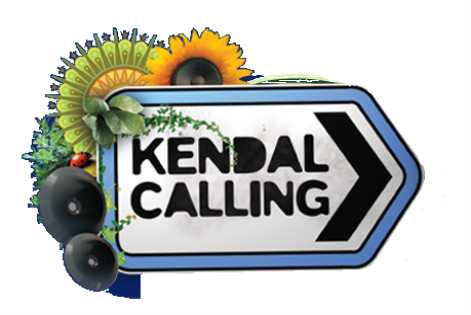 Spanning 16 stages and areas, Kendal Calling Festival is located in one of the most picturesque locations in the UK and attracts audiences from across the country

With 7 weeks to go until the irrepressible Kendal Calling festival lands at Lowther Deer Park, organisers are delighted to announce that tickets are now sold out, breaking last year’s record for the fastest sell out to date! Tickets were snapped up for this year’s show quicker than ever before, with lucky ticket holders set to enjoy headline performances from some of the UK's biggest names including Dizzee Rascal, James, Maximo Park, and many more.
Organisers Ben Robinson and Andy Smith say: "We're overwhelmed by the continued support for Kendal Calling. We can't wait to be back in the fields for our 7th sell-out year. Plus there's so much more to be announced for festival goers to enjoy. It's going to be the best year yet!"
Spanning 16 stages and areas, Kendal Calling Festival is located in one of the most picturesque locations in the UK and attracts audiences from across the country. Over the past 7 years the festival has gone from strength to strength, garnering a strong reputation for quality while inviting imaginative artists aboard and sealing Kendal Calling as a pioneer in the festival field. Each year Kendal Calling deliver a high quality festival that serves up the best in music, art, comedy, dance, sculpture and family friendly facilities.
This year’s fancy dress theme will be the fantastical ‘comic books and fairy tales‘, with revelers set to don carnival creations inspired by characters across the ages! Prepare for visions of Wolverine, the Hulk, Cat Woman and Avengers set to rise up over the Kendal Calling hills!
As the festival production team are gearing up for this year's show, those without a ticket are urged to look ahead to 2013 as details of tickets for next year's event are set to be announced towards the end of the year.
More artist additions will be announced next week, with a pile of fantastic new acts set to take to the Calling Out stage! Kendal Calling are still to announce full line ups for Houseparty, Soapbox and the brand new Forest Stage so watch this space.

Kendal Calling HQ are preparing a feast for lucky ticket holders; a unique extravaganza that sets itself apart in the stunning rolling hills near Penrith; the countdown is on for Kendal Calling 2012!