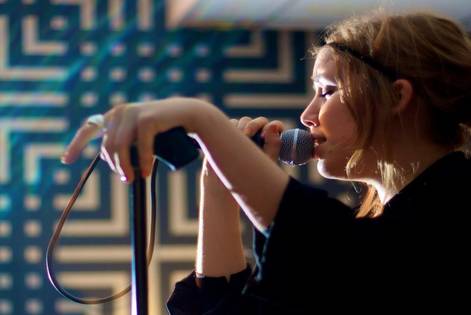 Latitude have made more music additions to the line up for the 6th edition of the magical and fantastical Latitude Festival.

With four bespoke arenas dedicated to music, Latitude offers an enormous selection of the finest hand-picked bands and artists to create the perfect soundtrack to a resoundingly superb weekend. From reformed must-sees, to the newest essential hot tips from a variety of genres, Latitude's music arenas have it all. With The National, Paolo Nutini and Suede headlining the Obelisk Arena; Bombay Bicycle Club, Foals and Eels headlining The Word Arena and a whole wealth of musical talent playing across the weekend, Latitude once again boasts an exhilarating and unique line-up.

Meanwhile, Latitude's unrivalled arts programme features the very best from the worlds of theatre, poetry, literary, comedy, cabaret, dance, art, fashion and film. All of these performances come together to create one spectacular summer break. Eye-opening and awe-inspiring - Latitude Festival just gets better and better with this new addition:

Swedish pop maestro Lykke Li has been a maverick musical presence since her 2007 EP 'Little Bit'. Squeezing dramatic percussion, haunting organs and infectious soul-pop refrains into her music, her eloquent vocals fill the spacious arrangements. Her second album 'Wounded Rhymes', produced by one third of Peter, Bjorn & John, brings this intoxicating concoction to an even headier listen. Having hit the Top 40 album charts in 11 countries, including Number Two in her home country, Lykke Li's latest is proving to be a bigger hit than the critically lauded debut 'Youth Novels'. She's currently playing sold out venues across Europe, including Shepherd's Bush Empire in London and with a date at the prestigious Roundhouse booked for November her popularity shows no sign of abating. She will be performing penultimately in The Word Arena before headliners Eels on the Sunday night at Latitude 2011 which will be another eclectic triumph for the young rising star.

With DJ's, The Winter's Ball and late night parties found throughout the site, it is a unique and special weekend of fun, culture and entertainment. An intimate world away from reality waiting to be explored and enjoyed.