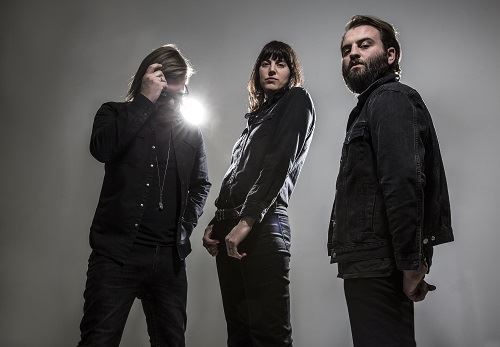 Band Of Skulls have announced a new album By Default due out on May 27 via BMG Recordings.

Band Of Skulls has announced a new album, By Default, their first to be released through BMG Recordings on May 27, along with a slew of UK warm-up and festival dates. Lead single ‘Killer’ was premiered on Radio 1 by Annie Mac and is streaming now and available as an instant grat upon album pre-order with iTunes. Having previously sold out Brixton Academy and Hammersmith Apollo, forthcoming live dates include intimate warm up shows, set to be the first outings for new songs, alongside festival appearances at Live At Leeds, Liverpool Sound City and a headline slot at The Great Escape. Further dates including a London headline are to be announced shortly.

Produced by Gil Norton (Pixies, Foo Fighters, Patti Smith) and recorded in Rockfield Studios, By Default is the sound of a group on the sharpest form of their career, more engaged and focused than they’ve ever been. The follow up to 2014’s Himalayan, from the English trio -made up of Russell Marsden (guitar, vocals), Emma Richardson (bass, vocals) and Matt Hayward (drums) – the new record came about via a conscious decision from the band to take a step back from their relentless world-wide touring schedule (having never spent more than a month off the road in the last 2 years) to decamp to and write songs in a Southampton Baptist Church-cum-makeshift HQ.

“We went back to Square One,” says Matt Hayward. In the church – between visits from the vicar, bringing tea and biscuits on his trolley – they found the new songs in hours of woodshedding on ratty old practice amps. “It’s definitely a new era,” says Russell Marsden. “The first three records were like a trilogy, a piece of work in of themselves. We wanted to do those things, and we did them all. We took a breath, took a look at what we’d done, and started from scratch again.”