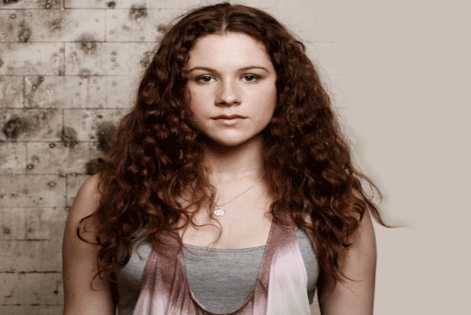 The festival will also see appearances from the legendary Swedish hardcore punk band Refused, who announced their long awaited reunion earlier this year, LMFAO, The Antlers, Lostprophets and Ed Banger.

Optimus Alive is delighted to confirm new additions to its 2012 line up, including SBTRKT, The Maccabees, Warpaint, Katy B, The Kills and Miles Kane. The festival will also see appearances from the legendary Swedish hardcore punk band Refused, who announced their long awaited reunion earlier this year, LMFAO, The Antlers, Lostprophets and Ed Banger mainstay Sebastian who will be doing a live set.
They join previously confirmed headliners, Radiohead, The Cure and The Stone Roses, plus other acts including Florence and the Machine, Justice (LIVE), The Kooks, Mazzy Star, Metronomy, Mumford and Sons, Paus and Snow Patrol.

Returning to Lisbon, Portugal for its sixth year with its unique combination of world-class international line up and prime location a stone’s throw from both Lisbon city centre and the beautiful coastline, Optimus Alive continues to cement its place as one of Europe’s biggest and most popular festivals.

To those that are new to the festival, Optimus Alive first launched in 2007 and traditionally features varied line-ups that give equal attention to stadium filling international headline live acts and DJs, alternative independent acts and home-grown Portuguese talent. With this year’s line-up set to total 90 acts, the five-stage, 55,000 capacity festival is rapidly becoming a force to be reckoned with on the international circuit; a statement that is enforced by NME who have cited it as one of the “best festivals outside the UK”. Previous artists to have played include Pearl Jam, Beastie Boys, Smashing Pumpkins, Bob Dylan, Neil Young, Rage Against the Machine, Metallica, Coldplay and Blondie alongside legendary electronic acts and DJs such as The Chemical Brothers, The Prodigy, Deadmau5 and Simian Mobile Disco to name but a few.

Taking place this year between 13th – 15th July, Friday will be headlined by Manchester’s finest exports The Stone Roses. Having announced their reformation last year, the Manchester quartet will be playing Optimus Alive as part of their hugely anticipated reunion tour. Saturday will see iconic pioneers of the UK alternative new wave, The Cure, take to the main stage with their inimitable gothic tinged hits. Confirmed to close Optimus Alive on Sunday – and completing a hat-trick of British headliners for this year’s festival – is the ubiquitous Radiohead. Having released their 8th studio album ‘King of Limbs’ last year to widespread critical acclaim, Radiohead continue to grow and receive critical acclaim.

In addition to the strong musical offering, Optimus Alive’s prime location is a seminal asset to the overall festival experience. Taking place in the town of Oeiras, the festival site is situated a mere 5 miles from the bustling Portuguese capital Lisbon, a 5 minute drive or 15 minutes away by public transport. The setting is also ideal for those after a sun, sea and sand, with Ericeira one of Portugal’s most famous surfing points only 15km away from the festival site. With the music taking place from late afternoon through to the early hours on each of the 3 days, Optimus Alive is very much a ‘beach by day, music by night’ destination festival.