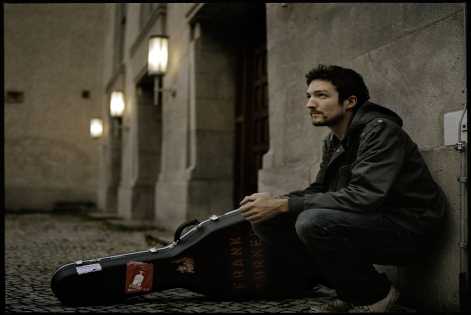 Frank Turner and the Sleeping Souls, Stornoway, Bellowhead and other leading lights of the folk revival will be playing a special Eden Session on Sunday July 1, also confirmed is the Mull Historical Society.

Many more up-and-coming folk acts will playing throughout the day, giving the Session a one-day festival feel.

Frank Turner, who will be headlining Eden Sessions with his band The Sleeping Souls, is a singer-songwriter from Winchester whose most recent album England Keep My Bones was released in June last year and hit number 12 in the UK album charts.

The record is his fourth studio album, following 2007’s Sleep is for the Week, 2008’s Love, Ire and Song and 2009’s Poetry of the Deed. Frank is former frontman of post-hardcore group Million Dead, who split in 2005. Despite an obvious move towards the folk genre, much of Frank’s solo work still displays his punk sensibilities.

Indie-folk four-piece Stornoway are due to release their new album this year, following the success of their 2010 debut record Beachcomber’s Windowsill which spawned the singles Zorbing and I Saw You Blink.

The Oxford band have toured around Europe and the US and opened Glastonbury’s Pyramid Stage last year.

Eleven-piece contemporary folk band Bellowhead will also be playing on the day. In 2005 after playing only four gigs, the band won the Best Live Act category at the BBC Radio 2 Folk Awards before releasing their debut album Burlesque the following year.

They followed it up with 2008’s Matachin and 2010’s Hedonism. They are recording a new album this year.

Martin Williams, the Eden Project’s marketing director, said: “This is a great line-up of some of the top acts on the folk scene and adds to what is probably our most diverse Eden Sessions line-up yet. There aren’t many other summer music events with folk, punk, dance, hip-hop, soul and comedy on the bill!

“We still have more announcements to come as well, watch out for more top acts set to bring even more diverse sounds to the Eden Sessions in the coming weeks.”

Eden’s Inside Track is back for the 2012 Eden Sessions. Members get a guaranteed pair of tickets to each show, with seven days to decide whether to buy them before they go on general sale. As well as priority booking and the latest Sessions news, Inside Track also gives members the chance to win exclusive Eden Sessions prizes.