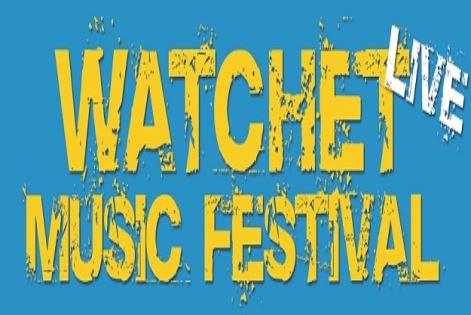 With little more than a week to go until WATCHET LIVE FESTIVAL 2014, the festival is on course for it's third successive sold out year.

Organisers of Watchet Live are urging all those who are planning to attend but haven’t yet purchased tickets, to do so shortly, as the festival is virtually sold out and there will only be a very limited number for sale on the gate.
Tickets for this year’s festival have flown out in record time, and all camping tickets were sold out more than 2 months in advance. The remaining advance day tickets are available via http://www.watchetfestival.co.uk .
Bellowhead, Boney M, Dub Pistols are amongst the highlight’s of this year’s festival, alongside a huge line up which includes main stage headliners Toploader, Bad Manners, Eric Faulkner’s Bay City Rollers, Geno Washington & The Ram Jam Band and festival ‘house band’, The Wurzels, in what is the festival’s strongest and most diverse bill in its eight year history.
Bellowhead are 5-times winner of ‘Best Live Band’ at the Radio 2 Awards. They have transported folk music into hitherto unknown territory and spearheaded the new folk boom. They are “the greatest live act in Britain” says BBC Radio 2’s Simon Mayo, and the blistering 11-piece band fuse folk, funk, rock, world, jazz, music hall and classical, placing themselves at the cutting edge of the contemporary music scene.
Dub Pistols, Barry Ashworth’s high energy 7-piece live dance act will undoubtedly get the Saturday night crowd jumping with their unique blend of dub, hiphop, techno, ska & punk.
Sunday headliner Boney M need little in the way of introduction. Founder member Maizie will be providing the ultimate sing-a-long finale to WATCHETLIVE by performing their incredible back catalogue of hits, including “Brown Girl In The Ring”, “Daddy Cool”, “Ra-Ra-Rasputin and of course, the UK’s 7th biggest selling single of all time, “Rivers Of Babylon”.
Once again taking place on the August Bank Holiday Weekend, Friday 22nd – Sunday 24th August, Watchet LIVE Festival will showcase the very best music, food and entertainment from the Westcountry and beyond.
Watchet LIVE is a not-for-profit family-friendly festival with amazing views of the stunning West Somerset coastline and beyond. Three live stages will host more than 50 live acts, bringing a wide range of high-calibre musical acts not normally found performing in West Somerset, at a very affordable price.
Following the success of last year’s sold out event, Watchet LIVE Festival has made financial donations to local groups including The Children’s Hospice South West, West Somerset Brass band, and the local “Stand Against Speed” young driver’s awareness campaign.
2014 will see more emphasis on youth-oriented daytime and evening entertainment & workshops; a shuttle bus from the main town to the festival site in the afternoon and evenings on each day has been introduced, plus more walk about street entertainers, more showers in the camping area and an extended family camping area.
Alongside a wide variety of high quality food stalls, the extensive in-house Cider and Real Ale Bar prices are always kept as low as possible, providing one of the best-value refreshments offerings to be found at any event in the UK.

Published on 12 August 2014 by Wayne Feltham