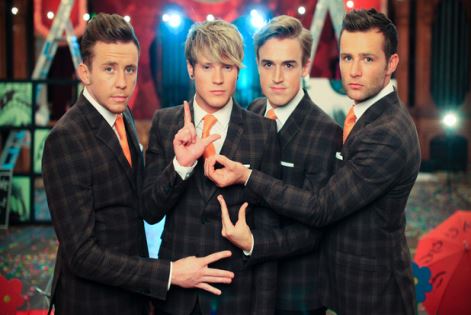 Due to overwhelming demand, McFly have added an extra two shows to their 10th anniversary celebrations this September on Saturday 21st and Sunday 22nd.

The shows will kick off the band’s 10th birthday celebrations and McFly will be treating fans to performances of some of their biggest hits, along with some special guests in the legendary surroundings of the Royal Albert Hall – which over the years has played host to musical icons like Frank Sinatra, Jimi Hendrix, The Beatles, The Who, Led Zeppelin, and Elton John. Watch McFly talking about the show here www.youtube.com/watch?v=C1g9JCyXO54.
The shows follow the band’s recent sold-out ‘Best Of McFly’ tour which saw the boys play 20 shows across the UK after the release of ‘Memory Lane’ – a collection of McFly’s greatest hits from their early smashes ‘Five Colours In Her Hair’ , ‘Obviously’ and ‘Star Girl’, to chart hits such as ‘All About You’, ‘One For The Radio’ ‘and Party Girl’, alongside the band’s recent and biggest selling single ‘Shine A Light’ Feat. Taio Cruz.
McFly are undoubtedly one of the most significant pop groups of the past decade. During this time, their 5 studio albums have racked up cumulative sales of over 10 million, seven UK No.1 singles, five top 10 albums, numerous sell out tours and over 3 million Twitter followers collectively. 2011 also saw a double reality win as McFly took over UK TV screens with Harry winning ‘Strictly Come Dancing’ and Dougie ‘I’m A Celebrity Get Me Out Of Here’.