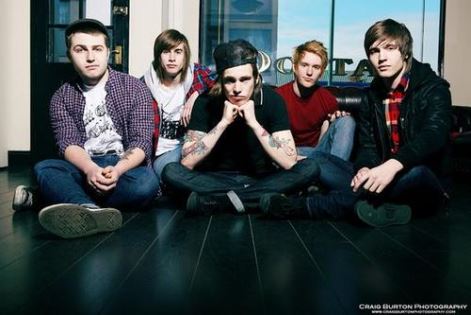 We Are The Ocean, Mallory Knox, Dinosaur Pile Up and Hawk Eyes to headline on the Mavericks stage.

Brand new to the Boardmasters line up, the Mavericks stage is the place to be for a meaty serving of indie and alt rock.
Spread over the two days at the Watergate Bay site, the Mavericks line up is an exciting mix of fresh new acts as well as established bands for one of the summers strongest rock festival line-up and one hell of a party. The 2013 line up is every bit as impressive as Boardmasters indie and rock fans have grown to expect.
Heading up the bill are Essex rock band We Are The Ocean who will be storming Boardmasters with tracks from their hit album ‘Maybe Today, Maybe Tomorrow’ and Radio 1 top 50 album Go Now and Live.
With a massive US presence, Vans Warped Tour invitation and three albums under their belts, We Are The Ocean knows how to blast out a good rock song and guarantee to have the Mavericks crowd causing a crush.
It doesn’t end there with rock band Mallory Knox also billed to invade the Mavericks stage. With massive support from BBC Radio 1 and their debut album Signals reaching number one on the iTunes rock chart, 2012 has been massively successful for Mallory Knox and 2013 looks to be just as eventful!
One of the hottest-tipped of a new generation of UK rock acts, Dinosaur Pile Up will no doubt be causing mayhem whilst Leeds punk rockers Hawk Eyes will also be making a hell of a lot of noise.
Firmly supporting up and coming talent there is a host of impressive acts spanning the alternative genre on the menu. Joining the line up: Crowns, Brother & Bones, The Virginmarys, Tall Ships, Steve Smyth, Wet Nuns, The Physics House Band, PJP Band, A Plastic Rose, Dark Horses, The Sea, Dancers, I am Giant, Young Aviators, Great Cynics, Gnarwolves, Rat Attack, Bloody Knees, Bad Channels, Moriaty, Honey, Remember December, Xeno, Week Night Thieves.
With this insane line up, by the time the weekend comes to an end, rock fans will be left wanting more.

Boardmasters 2013 We Are The Ocean