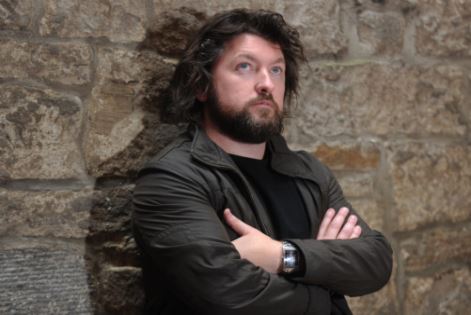 As one the of the UK's most diverse and exciting family weekenders, Wychwood Festival offers much more than just 3-days of unrivalled musical talent across 4 stages.

Showcasing the very best laugh-out-loud talent the Wychwood Comedy stage in association with eFestivals returns for 2015 with a hand-picked selection of British talent, taking revellers into the night in sidesplitting fashion. Michael McIntyre's Comedy Roadshow regular Keith Farnan, 8 Out Of 10 Cats' Michael Legge and the comedic musical stylings of Mitch Benn will all appear alongside some of the best new talent currently on the circuit. More big names have been added to the Wychwood Children's Literature Stage with Philip Ardagh, Christopher Edge and Anna Wilson all reading excerpts from their best sellers. Wychwood's ongoing dedication towards all things green will also be showcased throughout the weekend at the Ecotricity stage.

The BBC One Show's Lucy Seagle, Riverford founder Guy Watson and Ecotricity founder Dale Vince will debate the importance of sustainability across Energy, Transport and Food in the ‘Green Britain Chat'. New for its 11th year, Wychwood Festival introduces its first fancy dress competition. This year's theme takes the Wychwood revellers back to the 1970's when two tribes went to war, Punk and Disco. Further additions to the musical lineup included the progressive blues of Songhoy Blues, the self-proclaimed hip-hoperatic Josephine, the Artizans and a wealth of local talent for the Pomme Stage in association with the University of Gloucestershire. The festival takes place at Cheltenham Racecourse, 29th - 31st May, weekend and day tickets are on sale with more information at www.wychwoodfestival.com.

As a regular face on '8 Out Of 10 Cats', 'Would I Lie To You?' and many more the BAFTA nominated Michael Legge will perform alongside 'Gloucestershire's number 1 diabetic comedian' Jon Wagstaffe and hotly-tipped student funnyman Jamali Maddix on day one. Making his name on both sides of the Atlantic Irish-born Keith Farnan and Edinburgh fringe regular Mitch Benn keeps the laughter rolling alongside musical comedian George Rigden, Russel Howard's Good News regular Jarred Christmas and the interactive comedy of Howard Read. New up-and-coming talent Jenny Collier, Jack Heal, Sam Chaplin,Becky Brunning and many more will also keep the Wychwood audience in stitches throughout the weekend.

Further musical additions to this year's Wychwood have also been announced. With a performance on Later With Jools Holland and a release on the esteemed Africa Express label, Songhoy Blues will perform their debut show on the main stage while Josephine & The Artizans will showcase their unique 'Hip-Hopera' over at the Ecroticity Big Top alongside 3-piece Pocket Club. Citing inspirations ranging from The Horrors to Fleetwood Mac, Object Object take residency on the main stage while Coventry four-pieceQuarry and Leader will perform at the Big Top and the Hobgoblin Stage.

Wychwood's Pomme Stage has been revealed, featuring some of the finest local talent in association with the University of Gloucestershire. Heading up the stage across the weekend will be the likes of alt-rockers All Ears Avow, Cheltenham's own Spice & The Readies, experimental hip-hop trio SPOILS and former busker and rising singer-songwriter Ben Cipolla. Also appearing will be brooding songstress Gigi St. Fallow, Bobby Scaife, Katie Collins, Megan Timms, Joe Buckingham, Dan Walton and Maxine Stacey from Cheltenham and from the Black country comes Neil Morris and David Young.

Adding to the exciting literature programme on display at Wychwood comes yet more esteemed writers set to educate and influence on the Children's Literature Stage. Author of 'Twelve Minutes to Midnight' and 'Shadows of the Silver Screen', Christopher Edge will share his tales alongside Roald Dahl Funny Prize winning author Philip Ardagh and the writer of the 'Compton Valance' series Matt Brown. The feline friendly Anna Wilson, Waterstones Children's Book Prize winner Steve Anthony and 'The Grunt' and 'The Grouch' author Tracey Corderoy will also be on hand to inspire the children and adults of Wychwood.

Created in 1996 to provide clean, green and renewable energy for all, Ecotricity's founder Dale Vince will debate the importance of sustainable green energy with organic food supplier Guy Watson of Riverford. Chaired by the BBC One Show and Observer journalist Lucy Siegle the topics up for discussion include the sustainability of Energy, Transport and Food, three very important topics that will undoubtedly make for an informative and inspiring debate.

Riverford founder Guy Watson said: “I’m happy to be taking part in the ‘Green Britain Chat’ this year at Wychwood. We’ll be talking about a whole bunch of things we can do towards helping Britain be great and greener. I’ll be focusing on the Food side of things, with organically grown food being an important part of this; I can talk for ever about vegetables until someone tells me to shut up; fortunately my fellow panellists talk can about our Energy and Transport if they can get a word in; plus the importance of making space for Nature!”

New for 2015 Wychwood Festival will this year be taking festival-goers back to a time that was both glamorous and gritty. On one side there were the dive bar dwelling anti-establishment anger of Sex Pistols, on the other the decadent sounds of Donna Summer and thew exclusivity of Studio 54. When it comes toPunk vs Disco, which side will Wychwood festival-goers choose? Wychwood is inviting revellers to release their inner-anarchist or dancing queen to create a sense of Saturday Night Fever on Cheltenham Racecourse.