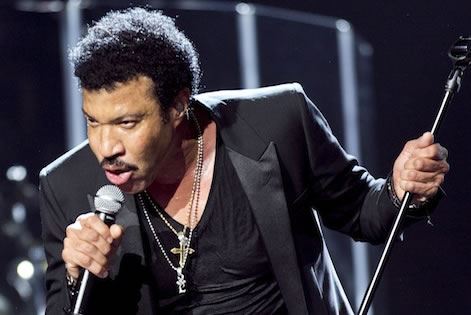 The glamorous Henley Festival in partnership with BMW, returns to the banks of the River Thames for five extraordinary installments from 8th – 12th July 2015, and this year we can confirm that the one and only Lionel Richie will be heading the bill!

From the moment you enter our world,the fun-loving & quirky black tie festival presents a kaleidoscope of entertainment at every turn. Join us for world-class music, witty comedy shows, art & sculpture, eclectic pop up dining, immersive street theatre and fireworks with a twist each evening. Just 6,000 tickets will be available for each evening from www.henley-festival.co.uk at 9am on 26th January, priced from £35.

THURSDAY 9TH JULY, LIONEL RICHIE – Making his Henley Festival debut on the Floating Stage, the multi award winning, international superstar, Lionel Richie, who has been on the forefront of the music scene with a career spanning over three decades. With over 100 million album sales worldwide to his name and hits including Hello, All Night Long and Dancing On The Ceiling, this will be a night not to be missed.

Lionel Richie said: “I’m looking forward to playing at Henley Festival as I don’t think I’ve ever played on a Floating Stage on the River Thames before! There’s been some great acts perform over the years at Henley so I’m very excited for it to be my turn.”

FRIDAY 10TH JULY – Who got Rhythm?! - A Gershwin Spectacular – Back by overwhelming popular demand, an orchestral experience like no other takes the headline slot on Friday 10th July. Celebrate the music of George Gershwin in the company of the entire Philharmonia Orchestra, as they perform a selection of timeless classics, spanning an iconic repertoire, including lavish arrangements of Rhapsody in Blue, Fascinating Rhythm, A Foggy Day in London Town – and of course I Got Rhythm. Conducted by Troy Miller and Fabio D’Andrea, the all-star cast will see performances from acclaimed jazz singer Gregory Porter, award-winning trumpet soloist Alison Balsom and Chinese prodigy Ji Liu at the piano, plus a host of other stars taking to the Floating Stage.

Henley Festival CEO Charlotte Geeves said: “We have an incredible line up for this years festival and I am thrilled we are able to announce pop and soul icon Lionel Richie will be joining us at what will be the best festival we’ve had yet!”

Henley Festival Patron Harvey Goldsmith said: “Among a crowded summer of festivals, the Henley Festival stands out as a completely unique and very special experience which I’ve had the pleasure to enjoy immensely over many years. It’s a tremendous privilege to have been invited to become an Honorary Patron, particularly in a year with such a strong programme as this. I look forward to contributing as much as I can toward the continued success and vitality of this wonderful festival.”

With so much to see and experience there’s no better place to spend a summer night than amongst the magic of Henley Festival. If you’ve joined us before, we look forward to welcoming you back but if you haven’t, here’s a few highlights of what’s in store…

Published on 12 January 2015 by Ben Robinson