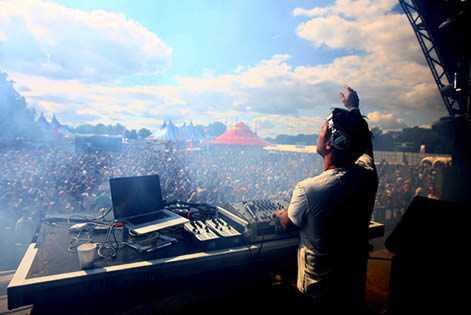 2011 - A year where the Together Winter Music Festival and UKF Bass Culture debuted at the incredible Alexandra Palace....

Where The Gallery enjoyed one of the most successful years in its distinguished history, the mighty Amnesia Ibiza played host to Tonight, Eric Prydz brought EPIC to the world and where thousands embarked on Clapham Common for two days of electronic mayhem at South West Four.
On top of that we welcomed back to the capital Armin and Morillo, presented the London premiere of Full on Ferry, a storming Easter Bedrock and the Grand Opening of Electric and Pulse. 2011 proved to be our most enjoyable year to date and we would like to extend a huge thank you to everyone who helped make these events so special. With 2012 set to be a massive year for London here is a selection of some of our key events on the horizon...
On the August Bank Holiday weekend all roads lead to London’s scenic Clapham Common as the world’s most prestigious DJs and live electronic acts congregate in South West London for two days of sonic anarchy. In 2011 SW4 welcomed the likes of Pendulum, Underworld, Magnetic Man, Above & Beyond, John Digweed, Annie Mac, Sasha and Laurent Garnier. In 2012 we will be bringing you bigger acts and an even greater festival experience than ever before. Stay tuned to the SW4 website for your latest lineup announcements plus news and views!
Over the past six months UKF Bass Culture has taken the bass scene by storm following November’s mammoth indoor festival at Alexandra Palace and our 2nd March event at O2 Academy Brixton (which sold out an incredible 11 weeks in advance!). This summer UKF Bass Culture goes alfresco for the very first time, showcasing the world’s leading names in drum and bass, dubstep, electro and hip hop in the great outdoors.
Last year witnessed Friday nights in Elephant & Castle consistently brought to a standstill courtesy of our roadblock-sized lineups. In 2012 The Gallery celebrates seventeen magnificent years, with an unwavering ethos to showcase fresh talent alongside huge headline names. The first Gallery of the year welcomes Gareth Emery, with Paul Oakenfold, Eddie Halliwell, Marco V and Hernan Cattaneo all present over the following weeks. This is The Gallery 2012; excellence in the art of sound.

Published on 12 January 2012 by Wayne Feltham