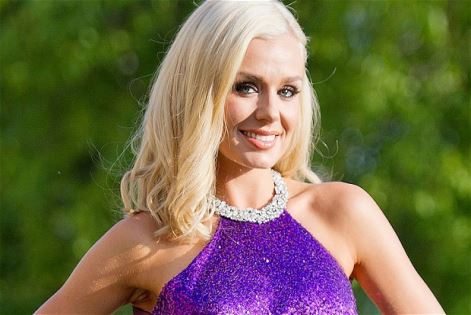 Historic Royal Palaces and IMG are thrilled to announce Katherine Jenkins OBE will perform her very own tribute celebrating Her Majesty the Queen’s 90th Birthday with a sensational programme of glorious music at this year’s Hampton Court Palace Festival on Thursday 23rd June.

Welsh Classical superstar Katherine Jenkins OBE signed the biggest recording deal in classical music history at the young age of 23 and has since gone on to record ten studio albums as well as perform for The Pope, Presidents, and Royalty. The lyrical mezzo-soprano's most recent album ‘Home Sweet Home’ was her 7th studio album to reach number 1. Known as the forces sweetheart for entertaining the troops in Iraq and Afghanistan, Katherine this year will release her 11th studio album and is the only artist confirmed by request to perform at Her Majesty the Queens 90th birthday celebration taking place in May 2016.

This will be the first time Katherine has returned to Hampton Court Palace since her wedding in 2014, making it an extra special occasion. At the Festival, Katherine will be accompanied by internationally-renowned conductor Anthony Inglis and the National Symphony with highlights including World in Union, Land of Hope and Glory and Jerusalem.

On confirming her spot at the Festival, Katherine Jenkins said: "Hampton Court Palace has always been a place close to my heart. Having got married there in 2014 as well as being a self confessed Tudor Geek, I'm over the moon to be performing at this truly special and Iconic venue. I know the setting for this concert is simply breathtaking and I will be singing my heart out to do it justice!"

Hampton Court Palace Festival is renowned for creating a truly unforgettable experience. Artists perform in the historic main courtyard of the magnificent Tudor Palace providing an intimate atmosphere for an audience of 3,000. Corporate Hospitality and VIP Packages are available in the State Apartments and Festival-goers can also arrive early (doors open at 5.30pm) to enjoy picnics on the Palace Garden lawn or underneath a luxury waterside gazebo before the show. New this year is the Champagne Concert ticket offering premium front-of-stage seating and includes a glass of champagne to enjoy before the concert.

Published on 11 February 2016 by Ben Robinson