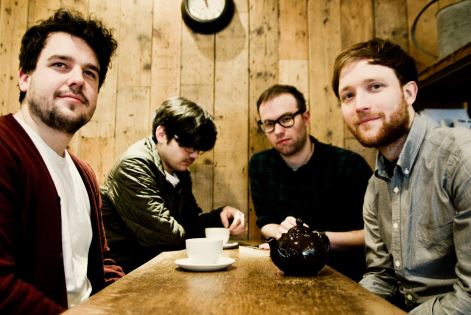 The award-winning 2000trees Festival has announced a wave of new acts including The Xcerts, We Were Promised Jetpacks, The Twilight Sad, Turbowolf, The Amazing Snakeheads, Feed the Rhino, Jonah Matranga and Tellison.

And with the likes of Kerbdog, Pulled Apart by Horses, SOLEMN SUN, Arcane Roots, The Computers, Rob Lynch, Big Sixes, Allusondrugs, Nothing But Thieves and &U&I already confirmed, organisers have created a buzz among fans as the best place to discover new and underground music this summer.

“The reaction to the line-up has been fantastic, especially our latest headliner Deaf Havana, mustering loads of support online and receiving plenty of media attention, which means a lot to a small festival like us,” said organiser James Scarlett.

“It’s an exciting, energy laden line-up that we’re sure our festival fans will love and is sure to blow away the musical cobwebs come July, so we’re really looking forward to announcing more acts as soon as we can in coming weeks.”

The three-day event will celebrate its ninth year in the picturesque Cotswolds when it returns on July 9-11. It features the very best new and underground music on six stages, plus comedy, DJs, a silent disco, quality food and drink and children’s entertainment.