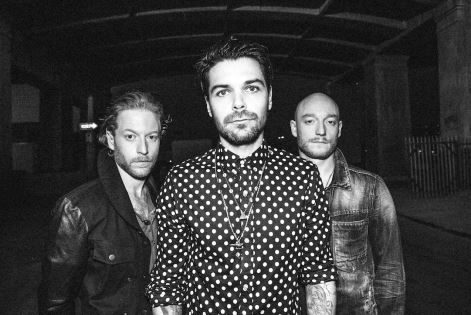 The countdown to the world famous Isle of Wight Festival 2014. First up, let’s talk about the music…

Headlining the Main Stage on Friday 13th June, we’re proud to announce the return of the award winning, anthemic rock trio Biffy Clyro, who we’re excited to say are appearing in an English festival exclusive! We’ll also be joined by another Scottish great who’ll be closing the night, the one and only international superstar, Calvin Harris. Both artists have risen through the ranks with phenomenal shows and chart topping music, so get ready for a very special weekend.  Prior to their performances, electronic outfit Rudimental will take to the stage for much anticipated guest set.  Not only that, Passenger, The 1975 and The Waterboys will also all be appearing over the weekend.
The Early Bird gets the worm, so bag your tickets for only £170, from 9am on Thursday December 12th with our special offer running through to January 16th. There are also amazing ticket and travel packages available, to be there head to www.isleofwightfestival.com.
Simon Neil from Biffy Clyro said: “We are over the moon to announce that we will headline the Main Stage of the Isle of Wight Festival next year, on Friday June 13th. To follow the likes of Jimi Hendrix, The Who, Bob Dylan and Pearl Jam is an honour. We cannot wait to get back to this iconic Festival, and this beautiful island!”
John Giddings, the Festival’s promoter said: “Friday night is going to kick it out of the park with Biffy & Calvin and special guests Rudimental - I can't wait.... having Passenger and The 1975 already on board we’re set for one of our mostcontemporary years - with the class of The Waterboys complementing the young guns nicely....”
Bringing together two of the biggest acts in the world, with two huge shows, Biffy Clyro and Calvin Harris will make Friday night at the Isle of Wight Festival the place to be. Biffy Clyro’s mind-boggling mix of off-kilter tempos, unpredictable guitars and soulful choruses have won over a legion of fans and now they take the top slot with an English festival exclusive. The man with the Midas touch, Calvin Harris has worked with a spectrum of massive names, racking up numerous number 1’s along the way. Mercury nominees and very special guests Rudimental, join the bill on Friday 13th June, playing to the Main Stage crowd for the first time.
Passenger said: “I can't wait to play at the Isle of Wight Festival. I played there on a small stage a few years ago and had an amazing time.  It'll be great to get back there!”
Matthew Healy from The 1975 said: "The Isle of Wight Festival has such a rich musical heritage. We can't wait to play there in the summer."
Singer songwriter Michael David Rosenberg, aka Passenger has had the biggest year of his career with his single ‘Let Her Go’, storming the charts worldwide. He will be heading to the Festival for the first time, alongsideManchester’s finest The 1975 and influential group The Waterboys.
It’s all about 2014 and we’re fit to burst with a truckload of new stuff happening across all four corners of Seaclose Park. Expect an incredible mix of fun, surprises and hidden treats ready to be discovered. Plus, it wouldn’t be the same without the return of some old favourites, so watch this space…
Our history is full of iconic performances, which stretch over the last thirteen years and beyond…plus we’ve won a stash of awards along the way. Combining friendly and stylish festivalgoers (yes that’s you!), with some of the world’s biggest acts and DJ’s over our awesome stages the Isle of Wight Festival is an unforgettable weekend. Join us in 2014 to celebrate another serving of Festival goodness; we can’t wait to see you there!
From camping to glamping it’s all up to you. Round up your mates, pack up your tent and get ready to set sail across the Solent for a mini adventure you won’t forget in a hurry.

Published on 10 December 2013 by Ben Robinson