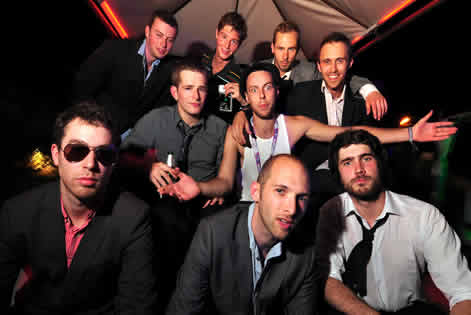 With one day to go Boomtown 2011 has now fully SOLD OUT for the third time in its three year history!

The organisers released an extra 2,500 tickets just a month ago and now all the passes have been snapped up by bass hungry ‘Boomtowners’ who are revving themselves up for a solid four-days of pure escapism, entertainment and intrigue! With the 2011 festival doubling in size and ambition after the highly successful 2010 festival, this year is promising to be the best yet.
Lak Mitchell, co-director and co-founder of Boomtown says:
“We are over the moon at the support and enthusiasm we’ve had for this year’s festival. Thanks to everyone who has bought a ticket and helped keep the Boomtown dream alive! We can’t wait to open the town gates, the crew have been working solidly for the past 5-weeks to create this alternative, interactive and immersive world and now we just can’t wait to share it with everyone!”
On top of the excellent news that the festival has sold out, it is with sadness that Boomtown also have to announce the cancellation of Barrington Levy, as he has pulled out of several upcoming scheduled dates. Barrington Levy is now unable to keep to his confirmed shows for both Boomtown Fair and Outlook festival. Both festivals have tried everything in their power to ensure the booking was committed to but due to circumstances out of the festival director’s hands the shows have been cancelled. The good news in all this is that Gentleman’s Dub Club, who smashed their show last year and left the crowd pleading for more are now bumped up the bill and will be headlining the Lion’s Den on Saturday night for some high-octane, knee bashing skanking moves!

Published on 10 August 2011 by Wayne Feltham