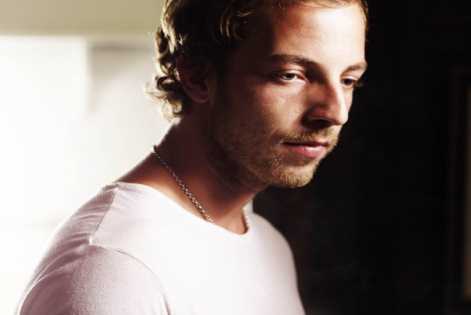 James Morrison joins Elton John in the line up for The Peace One Day concert celebrating Global Truce 2012 at Wembley Arena.

Tickets go on sale on Monday 18th June for the Peace One Day concert at Wembley Arena, and we are pleased to now announce James Morrison as another fantastic act to join what is building up to be an incredible line-up. The concert will be featuring a headline performance by Elton John & his band, and further artists will be announced over the coming weeks. Between performances there will be contributions from Peace One Day ambassador Jude law and Peace One Day founder and filmmaker Jeremy Gilley.

The concert is the final event of the London 2012 Festival and is the biggest event yet for Gilley’s Peace One Day non-profit organisation, which in 2001 led a process that resulted in the unanimous adoption by UN member states of the first ever annual day of global ceasefire and non-violence, fixed in the calendar as 21 September – Peace Day.

The Wembley Arena concert on 21 September is also a legacy show celebrating the Global Truce on Peace Day 2012 and the culmination of the Olympic Truce.

Jeremy Gilley said: “Peace One Day is calling for and working towards a Global Truce on Peace Day 2012. We have a clear strategy and we hope this will be the largest global reduction of violence ever recorded on one day – Peace Day. This day is as much about non-violence in our schools, our homes, workplace and local communities as it is about ceasefire on the international stage.

Everyone has a role to play. The Wembley Arena show will highlight and celebrate Peace Day 2012 activities as part of the Global Truce 2012 campaign and handover to Rio de Janeiro Olympics 2016. I’m honoured to welcome Elton John and so grateful to him for giving his time to help Peace One Day take this message to the people of the world.”

Elton John said, “When Jeremy and Jude came to see me and told me about Peace One Day and the Global Truce 2012 campaign I had to get involved and support them. I am looking forward to seeing everyone on the 21st September at Wembley Arena!”

Jude Law who is producing the concert with Gilley said, “I’ve been involved with Peace One Day for such a long time, and it’s thrilling that Elton is performing at the Peace One Day Celebration on 21 September this year. It’ll be a wonderful event”

Since the adoption of the Peace Day resolution in 2001, activities on 21 September have enabled families to be reunited, mosquito nets and food aid to be delivered and children to be vaccinated all over the world, as this ceasefire and non-violence day creates a window of opportunity for humanitarian efforts.

In 2007, Jeremy Gilley and Jude Law travelled to Afghanistan to spearhead an initiative that has resulted in the vaccination against polio of 4.5 million children following Peace Day agreements by all parties in the region in 2007/8/9. This work forms the culmination of Gilley’s feature documentary The Day After Peace.