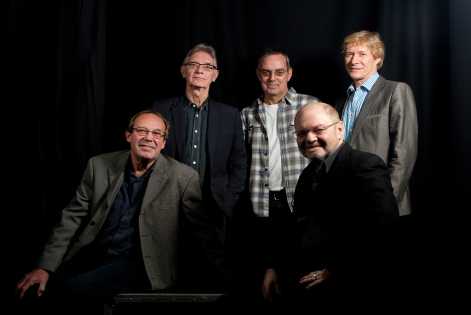 The rescheduled 21st Anniversary Blues on the Farm Festival Goes Ahead in September with world-Class Music in a Big Party Atmosphere!

Following the postponement of the 21st anniversary Blues on the Farm music festival, when flooding to the festival site prevented it going ahead in June, leading Blues, Rock, Soul and Roots acts from around the UK and from the US will now be wowing music fans when the festival is staged over the new dates from 7-9 September.

Voted ‘Best British Blues Festival’ in 2010, and now in its 21st year, this famous festival is staged in a laid-back rural setting on the Sussex coastal plain two miles south of Chichester. Commenting on this year’s extraordinary line-up, organiser Julian Moores said, “Blues on the Farm is all about world-class music in a big party atmosphere! We’re going ahead in September when, again, this award-winning festival stages some of the best blues, blues-rock, soul and roots music you’ll hear anywhere in the World … often from bands that haven’t hit the charts, but are as good as (if not far better than) any on the mainstream festival circuit!”

Headlining one of the nights will be two of the UK’s leading Blues acts - King King and The Blues Band. Featuring musicians formerly with Manfred Mann (including their frontman Paul Jones), Family and McGuinness Flint, the individual members of The Blues Band were already highly admired by generations of R&B fans when they formed in the late 70s. Three decades later, they are hailed throughout Europe and beyond as one of the very finest bands around. Meanwhile the stunning blues-rockers King King return after their sell-out performance last year which prompted this review in the acclaimed Blues Matters magazine: “A performance that should, without doubt, put them firmly up with the best on the British circuit and probably the European circuit too” (Blues Matters magazine review of King King’s 2011 performance at Blues on the Farm)

Other headliners include Earl Thomas with Paddy Milner & The Big Sounds, hailed by The Times as “impressive and original”; ‘blue-blooded bluesman’ Todd Sharpville, who went down a storm last year and is described by MOJO Magazine as “one of our best blues guitarists”; and, flying in from the US, Lightnin’ Willie and the Poorboys.
Across the weekend the festival is also presenting a number of terrific rising female stars from around the UK, including the sassy Midlands-based The Toy Hearts and Sussex-based singer-songwriter Jo Harman. Described on the BBC as “Real singer … real music … real deal” Jo’s evocative voice, and exciting stagecraft, has seen her dubbed one of the most compelling singers of her generation.
The diverse line-up across each of the three days of the festival include a bit of funky-blues with the ever-popular Sam Kelly and Station House, three-times winner of the UK Blues Harmonica Player of the Year award, Errol Linton, funky delta & chicago blues from Giles Hedley & The Aviators, powerhouse rock from The Jon Amor Blues Group, the acoustic guitar of Dave Kelly, plus stripped-down no-nonsense blues from The Bare Bones Boogie Band.

A number of the bands originally booked to appear in June cannot make the rescheduled September dates, so other bands and artists are currently being added to the line-up and will be announced soon.

“I’m really pleased to be bringing all these top acts to Chichester for our 21st Anniversary Blues on the Farm”, said organiser Julian Moores. “There’s no doubt in my mind that, if you love live music and want to experience some of the best live rock, blues, soul and roots music you’re ever likely to hear, then we have the just the right line-up of bands and musicians.”

With three full days of music opening at 12 noon each day, the rescheduled 2012 Blues on the Farm Festival will run as follows:

In addition, there will be a pre-festival gig for campers on the evening of Thursday 6th September from 7.30 pm to 12 midnight.

Staged in a 40 acre setting, Blues on the Farm offers full camping for caravans, campervans and tents, plus masses of car parking.