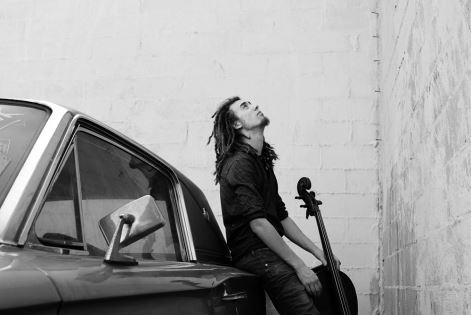 Scotland’s hottest music festival has today revealed a host of exciting acts who will play its popular Acoustic Village this July.

On Friday, the festival’s acoustic faithful will be given the rare opportunity to see Mogwai front man and guitarist, Stuart Braithwaite, play a mesmerising solo set. With nine studio albums under their belt, Mogwai’s distinctive post rock sound and intense live performances have made the visionary group a national treasure. Known for his multi-layered guitar sounds, fans of the instrumental rocker can expect a captivating performance.

On Saturday, New York-based singing cellist Calum Ingram will take to the stage. The Scottish star has supported blues rock legend Jack Bruce and will be touring with platinum record selling Artist Sandi Thom this year as part of her band.

One act set to make a triumphant return to Wickerman 2015 is Dumfries native Emma Gillespie. Formerly known as ‘Emma’s Imagination’, the super talented singer songwriter first came to prominence after winning the Sky 1 TV talent contest Must Be the Music, which netted her an album deal with Gary Barlow’s record label and two top ten singles. Another act set to impress is Edinburgh-based folk-blues band King Eider. Their modern acoustic sound combines melodic soulfulness, with foot-stomping fun that is reminiscent of Arcade Fire.

Singer songwriter Martin Stephenson from British rock/folk/pop band The Dainties will also be entertaining this year’s acoustic fans. With a career spanning over 30 years, his unique voice and engaging live performances have received widespread critical acclaim.

Further line-up additions include hard rock influenced band Hailander, whose members come from Germany, Holland and the UK. Famed for their wild costumes, the group will perform 17th century Dutch, mediaeval and Scottish music. Tam Tam 2000 will also be adding some international flair. Inspired by the Sufi singers and drummers of Senegal, their upbeat rhythms and soulful vocals are sure to create a stir.

Scottish duo Bella and the Bear will be performing what promises to be a must-see set, the Scottish duo attracted an army of fans after winning the Calmac Culture Music contest run by Calmac Ferries. The Razorbills vocalist and songwriter Alan McClure and The Hoolits, featuring Jane Chalmers from Ska Punk veterans The Amphetameanies, will also join the red hot bill.

A host of festival favourites will also be gracing the Wickerman stage in 2015 including Old Bohemia, Junkman’s Choir, Roberto and the Tickety2 and Simon Atkinson and The Foundryman's apprentice.

Fans of the festival will be familiar with the Ingrid Pit stage, newcomers are in for a real treat as music, poetry and spoken word are blended together seamlessly. Look out for star turns from Miko Berry, Agnes Thorok, Mark Thomson, Andrew Learmonth, Milton Balgoni, Kim Edgar, Robin Cairns, Kathryn Ailes and Kevin P. Gilday.

The Acoustic Village’s Barabajagal Yurt will also provide the perfect place for Wicker fans to jam and make music with other people. This year it will play host to the enchanting storyteller and musician Susi Sweetpea and Greywacke who will host a series of percussion sessions each day.

Nicola Black, Wickerman’s Acoustic Booker commented: “Wickerman’s Acoustic Village has become a popular attraction at the Festival due to its mix of emerging talent and established acts. Offering something for everyone, fans can unwind, enjoy a jam or discover some lively new acts in the much-loved area.”