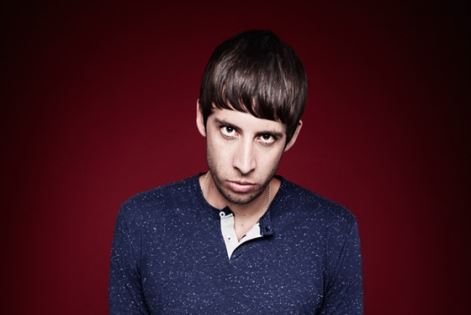 Following the announcement that legendary dance producer Fatboy Slim will headline the Main Stage on the Saturday (31st August) of the festival, we are delighted to now reveal Jersey’s Live’s Sunday night (1st September) Main Stage headliner as chart

Example, real name Elliott Gleave, makes his Jersey Live debut as a certified star; with two chart-topping singles and a chart-topping album (2011’s Playing in the Shadows) under his belt, Example has truly made the step into A-list territory, and with a reputation for a live show that transforms any arena or festival into the ultimate party, he’s a headliner befitting of Jersey Live’s 10th anniversary event.
With the Main Stage headliners in place, we’re pleased to announce the latest wave of confirmed artists for the Hospitality, Folklore and Dance Stages. First up is hotly tipped twenty year-old singer-songwriter Lewis Watson, recently signed to Warner Brothers Records, who will perform on the Folklore Stage and JT Live Lounge Stage over the weekend; legendary performance poet John Cooper Clarke performs on the Folklore and Hospitality Stages; The Specials frontman/singer Neville Staple performs on the Folklore Stage with the Neville Staple Band, and will also perform an acoustic set on the Hospitality Stage; last but by no means least, counterculture icon Howard Marks will be reading his favourite children’s stories on the Folklore Stage on the Saturday 31st August and will deliver a ‘grownup’ spoken word set on the Hospitality Stage on Sunday 1st September; finally, the latest addition to the Dance Stage Saturday lineup is beatboxer extraordinaire and residing World Loopstation Champion Shlomo.