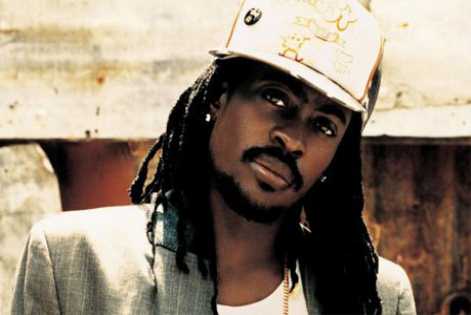 BoomTown can now unveil that the undisputed heavyweight champion of Dancehall, Beenie Man will be the Lion’s Den reggae headliner for Saturday night. He shares the bill over the weekend with; Alborosie, Tanya Stephens, Natty, Gappy Ranks, David Rodigan and a bucket load of reggae and dancehall’s living legends! Another mega addition to the bill for all those Ska-core lovers out there is destruction demigods Capdown! With the entire first four tier tickets now sold out, BoomTown are down to a limited amount of tier five tickets, so snap ‘em up whilst you can!
Taking his rightful place as the Saturday night headliner at one of the UK’s only dedicated reggae, dub and dancehall festival stages - The Lion’s Den, Beenie Man is all set to blow the minds and ears of his eagerly awaiting UK fans. Having been on the scene since he was a wee tot; Beenie Man shot to fame at age five and has accrued hundreds of singles, over 20 albums and numerous awards, including a Grammy and DJ of the Year. The accolades and achievements of Beenie Man are only outnumbered by the popularity of this self proclaimed, but undeniable, ‘King of Dancehall’. Not only has he been at the forefront of the genre ever since releasing his first record, "Too Fancy" at the tender age of 7 in 1981, but has been largely responsible for growing it into the international phenomenon it is today. The BoomTown Mayor and all at BoomTown council are ready with their lifetime achievement award for this epically huge living legend and are considering giving him the highest honour of all, a gilded key to the Boom-City!
Over at the other end of BoomTown’s niche but vast musical spectrum are Ska-Core heroes, Capdown. Known for mixing up ska, punk, hardcore, reggae in a style that is unique only to them; Capdown deliver an ever-political message through their renowned ferocious and incredible live performances. Numerous tours of the UK have built up a massive grass roots following; their independently-released albums and singles have garnered high praise from everyone from Kerrang! to The Times. They will be showing the folks of BoomTown’s Town Centre stage exactly what a Sunday afternoon at BoomTown is all about; high-octane skanking punk vibes!
With a whole host of top of the range acts, mind bending new areas and double the camping space, 2012 will see BoomTown evolve into BoomCity with the town’s population expanding from 2011. With the joining of forces of BoomTown and festival monsters Arcadia, extra room and tickets have been supplied, to accommodate the fact that the BoomTown residents over the 9th – 12th August will be involved in two of the festival world’s most epic experiences for the price of one!