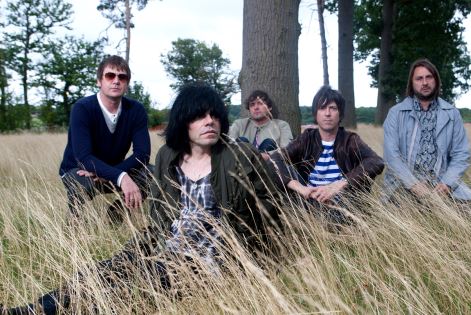 They are amongst 25 exciting new additions to the line-up also including Augustines, Don Broco, Darwin Deez, Fat White Family, Ghostpoet, Lucy Rose, Eagulls, The Wytches, Bo Ningen and yet more. Weekend tickets priced only £79.50 are available now from Truckfestival.com.

Touted by The Guardian as ‘possibly the best album of their career’, The Charlatans’ 12th LP, ‘Modern Nature’, hit the top ten earlier this year. Armed with material both fresh and vintage The Charlatans’ set at Truck Festival will be a prime opportunity to catch band on fine form. American trio Augustines are set head to Oxford from their base of New York City, the soaring rock outfit continue their ascension to one of the most in-demand live acts with an appearance at Truck.

Just weeks after taking part in the Kerrang! Tour, post-hardcore quartet Don Broco can now set their sights on tearing up the stage at Truck. To crown the Market stage Truck welcomes another New York City resident in the form of indie-pop band Darwin Deez. The ‘Radar Detector’ stars have graced the cover of NME and featured in their annual ‘Cool List’, Truck Festival is next on their list. Heading up the Barn stage will be Fat White Family, the provocative Brixton-based group have an anything-can-happen live reputation sure to add an edge to proceedings.

As previously announced, Truck will also be headlined by Basement Jaxx and will see sets from Saint Raymond, Slaves, Peter Hook & The Light plus many more. See below for a full line-up as currently confirmed.

With an impressive 17 years under its belt Truck Festival is gearing up for another celebration of its standing as one of the best independent festivals in the calendar.

Truck Festival 2015 The Charlatans Darwin Deez We Are Augustines