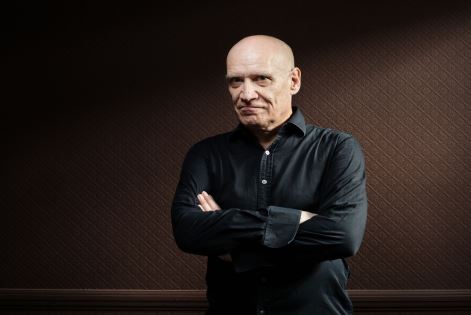 Cottingham Folk Festival returns in summer 2016. This three-day extravaganza will see an incredible line-up of artists descend on what is thought to be the largest village in the UK.

Joining the previously announced Chas & Dave across the weekend, we are very pleased to announce Wilko Johnson as our Saturday night headliner.

Following Wilko’s recovery from cancer last year, the guitarist enjoyed a rousing return to the live arena this spring. His musical career took off when he started playing with Dr. Feelgood, a mainstay of the 1970’s pub rock movement.

Heavily influenced by Mick Green, Wilko employs a finger-style, chop-chord strumming action (the ‘stab’, as he describes it). This allows for chords and lead to be played at the same time, giving a fluency and a distinctive sound very unlike the cleaner swat of a pick.

With this economic sound, coupled with that black-suited, scowling look, and the yards he covered across the stage pausing only to twist the guitar lead out from under his feet, Wilko became one of the guitar heroes of the era.

Wilko will duck-walk his way to The Civic Hall to headline the second night of the Cottingham Folk Festival on Saturday August 27th.

Published on 09 October 2015 by Ben Robinson