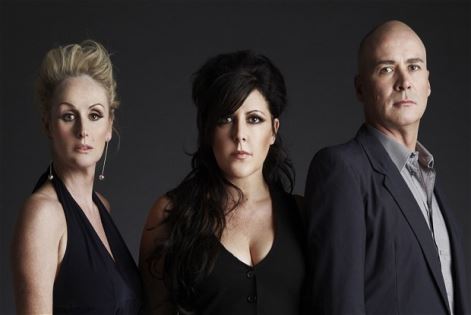 The Human League, Summer Camp, The Struts and The Electric Swing Circus are the latest acts to join the line-up for this year’s Bingley Music Live.

They will appear at Myrtle Park between August 30th-September 1st alongside Primal Scream, The Cribs, The Wonder Stuff, The Fratellis, Lucy Spraggan, Charlie Brown, The Lake Poets, The Temperance Movement, Loveable Rogues, Natasha Haws, Rose and the Howling North, and Holy Moly and the Crackers. With such an eclectic mix of artists already confirmed, this year’s festival once again offers something for everyone AND all at the purse-pleasing price of £45 (+ booking fee) for a three day ticket.
We’re thrilled to welcome synthpop royalty The Human League to Bingley Music Live.  With an exceptional back catalogue that spans nine studio albums, four EPs, thirty singles and several compilations, they remain as credible and relevant as they were in 1981, when landmark album Dare was released. A shining light on the electronic New Wave scene, the group has not only achieved huge commercial success but also been responsible for influencing everyone from Madonna, Lady Gaga, Little Boots through to the acclaimed dubstep act Darkstar.   Sing your heart out to Don’t You Want Me, Love Action, Fascination, The Lebanon, Human and Tell Me When… the list of hits just goes on and on!
Bringing their beautiful bubble-gum kitsch to this year’s festival is the aptly named boy-girl duo Summer Camp. Their lo-fi, nostalgia-driven, electro grooves cherry-pick samples and cultural references from the 60s – 80s and crafts them into gloriously upbeat, sing-along tunes with an underlying darker narrative. Released in 2011, their debut album Welcome to Condale received many positive reviews with NME awarding it 8/10 and claiming ‘they're back to (re)make hand-holdy couple-pop their own.’
If you’re looking for a healthy dose of rock and roll in both style and substance come and see The Struts. The four-piece from Derby will parade their vintage-clad swagger on stage with a collection of self-penned songs and an ingenious array of covers. Expect the unexpected! The band make pop-belters such as Cheryl Cole’s Under The Sun truly their own.  Sensational live; the lead singer, Luke’s vocal talent is quite unique... so check them out this summer.
Another up and coming band appearing at Bingley Music Live is The Electric Swing Circus. With their debut album scheduled for release later this year, the 6 piece band from Birmingham have been stunning audiences with their unique blend of cool 20's swing, stomping electro beats and soaring harmonies. Fusing everything from breakbeat and house to jungle and dubstep in a dazzling live show these guys are definitely one to watch.
Big Heart, Big Sounds
Weekend tickets have been frozen at last year’s prices making Bingley Music Live incredible value for money.  A three day ticket costs just £45 (+ booking fee), we also have a limited number of children’s tickets at £30 (+ booking fee) for 3-12 year olds (under 3s are free). Tickets are available online at www.bingleymusiclive.com/tickets or call the ticket hotline 0871 220 0260.
2012 was a phenomenal year for Bingley Music Live and being shortlisted for the UK Festival Awards’ Best Medium Sized Festival was a major achievement. Feedback from performers and festival-goers alike continues to be incredibly positive and the media seem unable to hold back the love with Virtual Festivals giving us a rare 10/10 review.
The beautiful surroundings of Myrtle Park will for the 7th year play host to a friendly and professionally organised three day festival that has won a place in the heart of its loyal following. The chance to really get up close and personal to your favourite bands is one of the event’s stand-out features and means that festival goers can eagerly anticipate getting to the heart of the action.