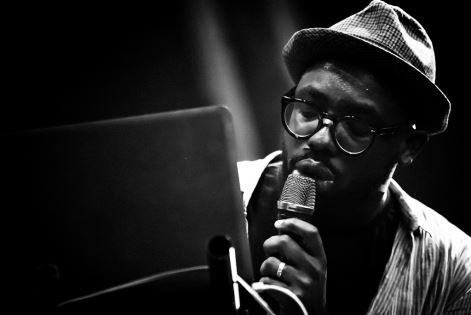 As the first rays of sunshine hit Blighty, Blissfields are pleased to unveil the second wave of musical guests for its 2015 summer event.

From a singularity in 2001, Blissfields has reached out into the cosmos inviting sold-outs crowds to its small but perfectly formed, 5,000 capacity, tree-lined mini wilderness in the Hampshire countryside. Music at Blissfields runs until around 4am each day, crafted to take its audience from clear afternoons of discovery and frivolity, through lofty main stage sets, into the heady wee small hours of the Blisscotheque and Hidden Hedge.

Mercury Prize nominee and acclaimed vocalist and musician Ghostpoet makes his debut at Blissfields, following the release of his new LP ‘Shedding Skin’ - described by the Guardian as “compelling and thoughtful”. The Line Of Best Fit adds the album “probably marks him out as a Mercury contender once more”. Having supported London Grammar and Blissfields alumni Sam Smith, alongside an appearance at Radio 1’s Big Weekend, Rhodes also brings a bright intelligence in modern song writing to the festival.

Tambour Battant and Madam X bring more to the decks and dance scenery that already includes Melé and Novelist, with more surprises still to be unveiled.

They join the likes of Karen Harding, Plastic Mermaids, infamous festival poet Beans On Toast and the previously announced John Grant, The Horrors, Simian Mobile Disco, Grandmaster Flash, and Public Service Broadcasting, it creates one of the most versatile and tactile programmes the festival has ever curated.

This year Blissfields have invited international club night Rebel Bingo to host a one of a kind bingo experience designed to overwhelm the senses while dishing out an array of prizes that range from the epic to the ridiculous. Currently hosting sold out shows in New York and London to thousands of people each month, this festival version is sure to be an explosive attraction.

Eight years after The Horrors first appeared on the cover of NME, their fourth studio album Luminous marked them as one of the country’s leading, most consistent guitar acts. From their defiant early days of gothic garage-punk, they join Blissfields now as an internationally acclaimed headline act, with a truly unique sound and stage show, bringing a sense of the unreal to proceedings.

Following a string of sold out shows, including The Royal Festival Hall in London, John Grant will also bring his raw, emotional and frank take on music to Blissfields for the first time. Grant’s music has been met with universal critical acclaim, with his latest solo album, Pale Green Ghosts, garnering five star reviews and the accolade of ‘Album Of The Year’ by Rough Trade. His honest portrayal of life’s struggles have connected with listeners and even lead to Grant partaking in side projects, such as 2014 Blissfields alumni Hercules and Love Affair’s latest record.

Simian Mobile Disco will see in a late night LIVE slot on the main stage this year, their formidable set possibly including some of the remixes which bear their name - from the likes of Muse and Nine Inch Nails, to Bjork. Outside of the band, SMD’s James Ford has produced such records as Klaxon’s Mercury Prize-winning Myths Of The Near Future, Florence And The Machine’s Ceremonials, Arctic Monkeys last four ground-breaking records, and 2014’s gargantuan Jessie Ware album Tough Love.

In such a short space of time, Oxford’s Glass Animals have accosted the ear of St Vincent and Radiohead, landed a top-20 album release in Australia for their debut offering Zeba, and decorated some of the biggest stages in London including James Lavelle (UNKLE)’s curated Meltdown. Their hyper-intelligent take on guitar music has undoubtedly positioned them as one of the most sought after live acts of 2015.

Blissfields are pleased to welcome back Public Service Broadcasting. The duo’s original mix of electronica and indie with vocals hijacked from public information films has pioneered a new breed of dance-punk. Their stage show, complete with blinking TV sets, live strings and vintage suits, will beautifully join eras and attitudes together, fittingly into the festival’s 2015 “Somewhere In Time” theme suspiciously well.

Elsewhere and Bona fide DJ pioneer Grandmaster Flash will be serving his lessons in the lost art of hip-hop and turntable technique, bringing some legacy to the beats in 2015, while Eton Messy return in the slot previously occupied by the likes of Snakehips, Bondax, Alunageorge.

After seeing Eclair Fifi and Monki tear the festival apart in 2014, the Blisscotheque is once again looking at the brightest young stars, this year securing Novelist and Melé to headline the stage. Novelist has been riding high on a wave of success since being nominated for the BBC Sound of 2015 and will take the Friday slot with his own inimitable grimy sound whilst the Annie Mac endorsed Melé will close the stage on Saturday.

With a long history of welcoming emerging talent, from Bastille in 2012, Sam Smith in 2013, and Years & Years in 2014, attention will once again be on the festival to highlight the best in new music. Palace, Flo Morrissey, Gengahr, Loyle Carner, Kiko Bun, Alex Adair, Ekkah and Songhoy Blues are just some of the names already twitching the curtain of the internet in that respect.

Of course it wouldn’t be Blissfields without festival favourites Dub Pistols, returning this year to the main stage. Along with The Correspondents, who headline the Thursday night of the event, Ibibio Sound Machine and Hidden Hedge headliners Missill, they form a hazy heart of the festival - a mix of world influences and cross-genre infusions for the times when it’s okay to be lost in a field in England.