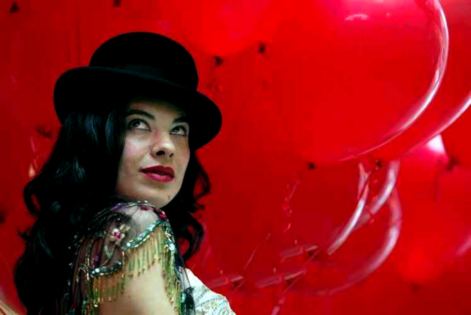 More acts have been added to the bill for this years London Feis festival including Camille O'Sullivan and Foy Vance.

So we thought a nice way to round up this sunny week would be to let you know a couple of other artists that will be performing at London Feis on Sunday 19th June. We are delighted to confirm that Irish/French songstress Camille O’ Sullivan and Foy Vance, one of the most powerful singers Ireland has produced, will perform on Sunday 19th June.
Camille O’ Sullivan has built an international reputation for her live performances – in which “nothing is quite as it seems”. In fact, one of the major factors in Camille’s international success has been her audiences’ total inability to pigeonhole her distinctive performances, making her one of the world’s most accessible and yet enigmatic performers. The multi-award-winning singer – one of the original cast members of the Olivier Award-winning La Clique – has stunned audiences around the world with her 5-star sell-out live performances and this summer she performs with her band for you all at London Feis.
It’s hard to know where to start with Foy Vance…that voice! From Bangor in County Down and with a legion of fans around the world, expect this to be one of the highlights of the weekend.