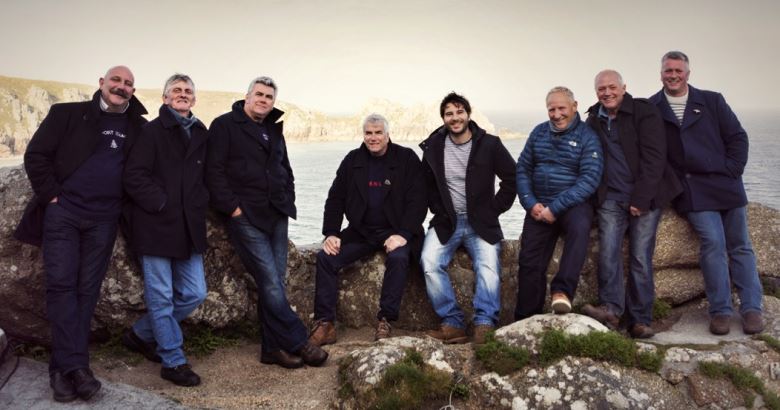 Looe beach will be awash with shanty-singing fishermen in September as the Fisherman’s Friends are confirmed for the main stage at Looe Music Festival 2016.

They’ve performed at Glastonbury and the Royal Albert Hall but have never performed at Looe. They’re no strangers to outdoor performances though as they sing on the beach in Port Isaac throughout the summer months. For the past 15 years tourists and locals have gathered each Friday night at The Platt to hear the group perform their incredibly rousing and joyful repertoire of sea shanties and folk songs.

And fishy friends they truly are – each and every member of this unique group are or have been fishermen, lifeboat-men and coastguards (as well as builders, artisans, hoteliers, and shop keepers) in Port Isaac.

The weekend of 23rd- 25th September will see Looe Music Festival pop-up out of nowhere and transform the beach and streets of Looe as music hits every corner and rocks the Cornish coast.

The week kicked off with actor turned signer song-writer, Laurence Fox joining the bill in the build up to the festival’s Saturday headliner being revealed. Wilko Johnson, Fun Lovin’ Criminals, Lawrence Fox and Alabama 3 have also been announced for the late summer festival which is now the second largest live music event in the county.

Published on 09 March 2016 by benrobinson