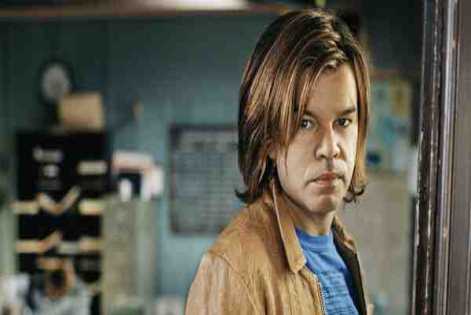 House legends Paul Oakenfold and Danny Rampling, and reggae stars Junior Marvin of Bob Marley's Wailers and Maxi Priest are amongst the first headliners for this summer's brightest new festival in August on the Isle of Wight - WOWfest

WOWfest is to be a 3 day music extravaganza on August 17th - 19th  featuring some of the world's top acts in what promises to be one of the most outstanding global parties of the year.

Top name DJ's and a strong reggae line-up dominate the bill so far, with many more names still to be announced, and if you like to party, then WOWfest will be exceeding all expectations with some of the world's biggest names gathered for the weekend. Friday night sees an impressive start with the Mondays' maracas man Bez's Acid House Night twisting a few melons on the Global Stage with his Madchester madness, whilst dubstep originators Smith and Mighty & special guests rock the  One World tent. On Saturday DJ uber-legend Paul Oakenfold takes to the decks to head up an impressive looking Club Yeyo Italia 90 club night on the Global Stage with Danny Rampling & a live set from 808State, and on Sunday, Norman Jay opens the Main Stage alongside Soul 11 Soul before US house maestro Marshall Jefferson headlines a Hacienda - themed closing party to bring the global celebration that is WOWfest to a grand finale, before the expected 20,000 party goers head off into the sunset with a head full of beats, a soul full of love, and a feelgood factor that only the best events provide.

WOWfest boasts a mightily impressive reggae line-up too, with live sets from original acts including Junior Marvin of Bob Marley's Wailers, with UK reggae legends Maxi Priest and Aswad joining Misty in Roots, Black Roots, Macka B and Talisman in what is already the best reggae bill of the year in the UK - with a very special headline act on Saturday still to be announced. And on Sunday there's a particularly strong collection of original ska bands on show including The Beat, The Selecter, Neville Staple of the Specials fame, and Bad Manners ensuring a lively all - day and evening session before the nights come alive at the 6 different Club Nights being hosted across the site over the weekend.

There's also some quality World and Jazz acts on over the weekend, including the likes of Manos De Dios, Terrakota and Baka Beyond on the One World Stage, whilst the Blue Angel Stage plays host to some top performances with Joe Cang, The Dennis Rollins Velocity Trio, Gregg Kofi Brown and Sarah Jane Morris gracing the arena, before the big top transforms into an afterhours swirling burlesque and comedy club. And with the Shaved Fish stage hosting a number of younger up and coming acts, plus the African Village, featuring performance from the Kakatsitsi Master Drummers and others, as well as hosting workshops and ceremonies with activities for all ages, alongside some spectacular theatre, performance and walkabout, there truly is something for everyone going on at WOWfest.

But of course, it's not just about the headliners and entertainment - in this day and age a successful festival must have a high level of eco-awareness to ensure that the footprint of the festival is sustainable. WOWfest provides for eco-conscious festival tourism, encouraging festival - goers to travel the island by bus or bike, not car. The Sunshine Trail cycle route goes right through to the festival, and Island buses are free with WOWfest tickets, so you can take a bus to the site if you don’t fancy the cycling. WOWfest and its sponsoring partners are encouraging festival - related tourism on the Island without cars, as well as using alternative energy sources, preserving water and minimizing waste in a sustainability plan commissioned at the outset.

And there's a great choice of food and shopping at WOWfest too, with the emphasis on fair trade, organic and vegetarian as well as locally sourced produce (including workshops from celebrity TV chef Richard Fox with his Love Food Hate Waste cookery roadshow), ensuring WOWfest meets the highest eco standards right from day one – even managing to include an appearance from the UK's greenest band The Phoenix Rose!

For ticket info check out WOWfest