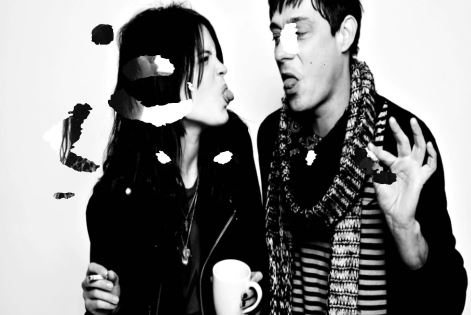 Joining the line up are returning indie brothers The Cribs, rock’n’roll duo The Kills, Britpop alumni Ocean Colour Scene, legendary rockers Status Quo and festival favourites Mike + The Mechanics. Queen + Adam Lambert, Stereophonics and Faithless will all perform across the weekend along with Iggy Pop, Twin Atlantic, Busted, Jess Glynne, Sigma and The Corrs at what is the first festival of the Summer

Renowned for their energetic brand of indie-rock, The Cribs released their sixth album ‘For All My Sisters’ last March which peaked at Number Nine in the UK Charts. In the year of their 10th anniversary the band were honoured with the ‘Spirit of Independence’ award at the Q Awards and ‘Outstanding Contribution to Music’ at the annual NME Awards.

Comprised of Alison Mosshart and Jamie Hince, The Kills have been described as rock ’n ’roll’s best-kept secret. Together the duo have released four critically acclaimed albums, including the 2011 release 'Blood Pressures’ which reached the Top 40 in both the US and UK. The band will be playing US shows including Coachella Festival in April.

Ocean Colour Scene will be returning to the festival for the first time since they wowed crowds in 2010. Following a sold out tour in January to celebrate the 20th anniversary of their ‘Moseley Shoals’ album, the band will be performing this classic release at The Isle of Wight Festival in its entirety. ‘Moseley Shoals’ is just one of three of the band’s albums which reached the Top Five in the Official Charts and contributed to their nine successive Top 20 hit singles.

One of Britain’s best loved rock bands Status Quo will be performing classic hits such as ‘Whatever You Want’ and ‘Down Down’ in a special performance which will be one of the last opportunities to see the band in their full set up following a recent announcement that after 2016 they will be hanging up their electric guitars for good.

Isle of Wight Festival veterans Mike + The Mechanics will once again be delighting crowds with hits such as ‘Over My Shoulder’ and ‘All I Need Is a Miracle’. Genesis founding member Mike Rutherford will be joined by one of the UK’s most prolific R&B singers Andrew Roachford and Tim Howar, who has previously toured with the likes of Rod Stewart and Paulo Nutini.

Published on 09 February 2016 by Ben Robinson

Isle of Wight Festival 2016 The Cribs The Kills