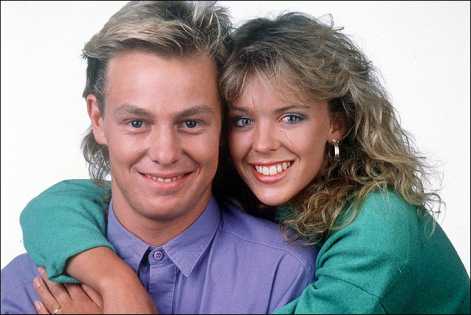 Live Nation are thrilled to officially confirm that Kylie Minogue will be appearing at Hit Factory Live on July 11.

For the first time in 23 years Kylie Minogue and Jason Donovan will perform their unforgettable duet ‘Especially For You’, with over one million sales the song is the bestselling Stock Aitken Waterman single ever.

This year marks Kylie’s 25th music-career anniversary, speaking about her forthcoming performance at Hit Factory Live she said: “I’m going to sing ‘Especially For You’ with Jason Donovan.  I don’t think we’ll even need to sing it; I’m sure the audience all went through the Neighbours wedding.  It’s going to bring the house down!”

Hit Factory Live, is a once-in-a-lifetime spectacular, for the first time ever, the classic artists from the PWL Hit Factory will perform together on one bill.  Along with Kylie and Jason Hit Factory Live’s incredible line-up also features Steps, Rick Astley, Bananarama, Dead Or Alive, Pepsi & Shirlie, Princess, SInitta, Hazell Dean, Sonia, Sybil, 2 Unlimited, Lonnie Gordon and Brother Beyond.

The unmissable show celebrates the legendary Stock Aitken Waterman songwriting and production team, the phenomenal success of Pete Waterman’s PWL label and, above all, the irresistible pop that came to define an era in British music history. Once called ‘The Sound of a Bright Young Britain’, it undoubtedly now stands as the soundtrack to a generation, with sales of over 500 million units worldwide.

Stock Aitken Waterman scored an unrivalled run of global hits in the 80s and 90s and are now acknowledged as one of the most successful songwriting and producing partnerships of all time. 2012 also marks the 25th anniversary of PWL Records, the legendary label originally set up as home for many Hit Factory artists.

A proportion of proceeds from ticket sales will be donated to Cancer Research UK, there will also be a number of fundraising activities in the run up to, and on the day of, the show. As a cause that sits close to everyone’s hearts, Live Nation are proud supporters of Cancer Research UK and their life saving work.