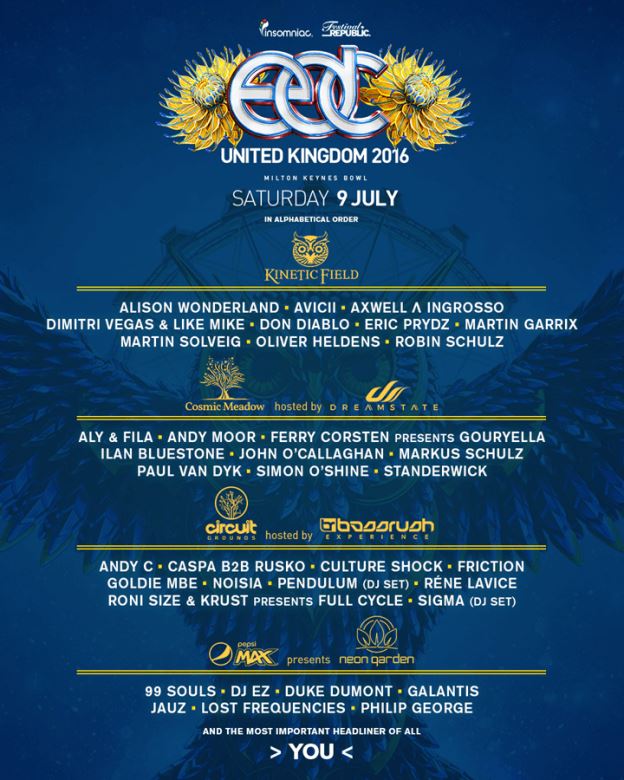 Electric Daisy Carnival (EDC) UK will return to the Milton Keynes National Bowl for another year of world-class performances and unforgettable experiences.

Following its premier showcase at EDC Las Vegas in June 2015, the modified Crystal Village stage will makes its debut at EDC UK on Saturday 9 July, hosting some of the biggest international names in dance music. Fans now have a chance to catch a glimpse of the wonders that await them with the official EDC UK Crystal Village Trailer below.