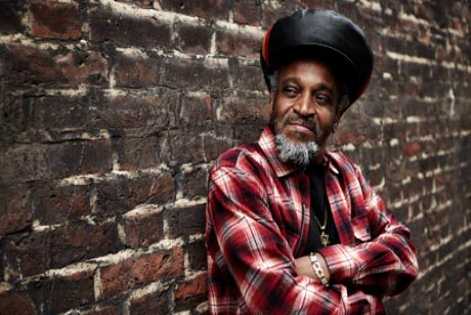 For its 10th Birthday year the Secret Garden Party is pleased to announce the initial music line up for 2012, Where The Wild Things Are, The Crossroads, Orbital, Little Roy and Many More!!!

The Secret Garden Party is pleased to announce the initial music line up for its 10th birthday celebrations.  Headliners include electronic pioneers Orbital, and Edward Sharpe & The Magnetic Zeros who are fronted by the enigmatic IMA ROBOT  Alex Ebert.  Appropriately for the party’s anniversary year, the Gardeners are thrilled to welcome back KT Tunstall, whose last appearance at the Secret Garden Party was way back in 2004!!  Other highlights include legendary Jamaican rocksteady singer Little Roy, Alexander (Alex Ebert's side project) and ear-busting garage rockers The Jim Jones Revue. Well known for championing new music over its 14 live music stages. the gardeners are already tipping Pearl And The Beard, Legendary Tigerman and Scanners for big things in 2012.

The real power of the party is not just about what you are watching or doing, but the fact that you are watching and doing it together. This summer, for the garden’s 10th birthday celebrations, gardeners can expect to be united under the theme ‘Standing on Ceremony’, with more collective celebration, interactive theatre, hypnotic ceremonies and breathtaking spectacles than ever before. The garden will once again play host to an abundance of new dramatic and innovative artworks by a huge range of rising installation artists from all over the world.
We will see the return of many garden favourites such as OneTaste, Wormfood's Valley of the Antics, The Crossroads, The Artful Badgers, The Feast of Fools, Bearded Kitten's infamous Collo-Silly-Um, Where the Wild Things Are, The Pagoda, The Living Room, Small World, Tax Deductible’s Never-Ever Land Theatre and of course, the Dance Off.  The much loved Remix Bubble will be coming back even bigger and better as 'The Temple of Boom' and the Pirate Technic's crew are already working hard on their most ambitious creation yet for the legendary lake stage.
There will be even more radical action camps encouraging play and participation across the party. Over the last few years, the intellectual platforms in particular have grown very rapidly, developing handsomely to form an exciting area unique to The Secret Garden Party.  Each space is lovingly programmed by fellow gardeners and together they offer a very alternative programme of talks, debates, discussions, science experiments, poetry, theatre, games and workshops.  There are numerous camps where gardeners can go to be edified, enlightened and enthralled. This summer we can expect wild rituals and mind bending discussions led by some of the country’s finest experts in their fields.
Of course, delicious fine-dining cuisine will be on offer in the Soul Fire Restaurant and there are even more Boutique Camping luxuries to choose from this summer too.