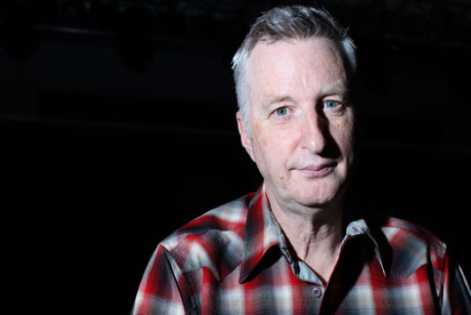 The Apple Cart announce exciting new additions to the 2012 line up. Including Adam Ant & The Good, The Mad & The Lovely Posse, Beth Jeans Houghton, Billy Bragg, Caught by the River DJs, Gilles Peterson and many more.

New additions to the 2012 music line up for The Apple Cart include Rough Trade’s Album of the Year 2011 winner, Texas born Josh T Pearson who joins previously announced acts such as Marcus Foster and Martin Creed. New Wave/Post Punk icon Adam Ant will be joined by The Good, The Mad & The Lovely Posse for a performance set to captivate the crowd armed with hits like Ant Music and Stand and Deliver, while Beth Jeans Houghton will be enchanting festival-goers with her beautiful unorthodox folk.
Detroit techno legends Inner City featuring Kevin Saunderson will pick up the pace with evergreen club tunes Big Fun and Good Life. Gilles Peterson will be joining the dots between jazz, hip hop, house and soul whilst Caught By The River DJs will bring their ‘nature disco’ throughout the day. Nominated for a Mercury Music Prize for their 2006 album White Bread, Black Beer, Scritti Politti – whose purple patch in the mid-80s yielded songs like Wood Beez and The Word Girl – complement the main stage line up which currently includes songwriter supreme Billy Bragg and headliners Noah And The Whale.

In addition to the latest stellar music acts, The Apple Cart is thrilled to present the return of the magic tent, with the most sought after and forward thinking magicians around. There will be performances from several members of The Magic Circle - compered by Richard Pinner IBM (International Brotherhood of Magicians) Close-Up and Stage Magician of the Year 2003 and Magic Circle Close Up winner 1999.

Oliver Tabor, award winning magician and illusionist, will be mixing classical conjuring with a contemporary style whilst cabaret magic will be performed by David Weeks and Christian Lee who was recently hailed by Time Out as the “King of comedy magic”. Comedy cabaret acts Alan Hudson and Andy Boughtflower have also been confirmed alongside the devilish Piff The Magic Dragon, who combines stunning magic with deadpan humour – think Jack Dee in a dragon suit performing magic tricks.

Returning to The Apple Cart will be the popular Penguin Books tent. Perfect for children and adults alike, iconic children’s books characters and old favourites will come to life on the stage in interactive storytelling events. Come and say Happy 110th Birthday to Peter Rabbit, meet Spot the Dog or relax in the specially created Penguin Books library. There will also be chances to win a host of Penguin goodies.

In addition to the previously announced Gavin Turk’s ‘Candlelit Matinee - The House of Fairy Tales Film Theatre’, the newly announced return of The Art Car Boot Fair is sure to be music to any art lovers’ ears. Armed with an winning combination of art and frivolity, a specially selected artist will engage festival goers with an array of arty escapades, all manner of quick and fun portraiture, wacky happenings and the fabulous Paintball by Numbers.

Joining the mob of previously announced comic talent – which includes Sean Walsh, Josie Long, Shappi Khorsandi, Charlie Baker and Josh Widdicombe – is star of ‘Mock The Week’ and ‘Have I Got News For You’ Miles Jupp and Canada’s finest up-and-comer Bobby Mair.

The Apple Cart presents London with an entirely fresh, multi-disciplinary take on the festival experience: no other event in the capital has Turner prize winners and world class magicians and burlesque stars sit happily alongside arena-filling comedians and established music legends all on the same bill, on the same day.

Due to the London 2012 Olympics, The Apple Cart will take place, over the Diamond Jubilee June Bank Holiday weekend at the earlier date of Sunday 3rd June (the day after Field Day).