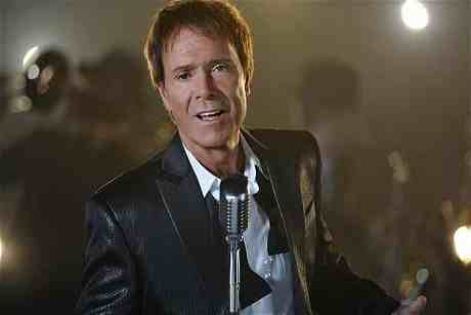 Historic Royal Palaces and PWR Events are delighted to announce that the legendary Sir Cliff Richard will headline the 2013 Hampton Court Palace Festival.

The British icon, whose music career spans over six decades, will perform in the stunning open-air court of King Henry VIII’s Palace on Saturday 22nd June. Having established himself as one of Europe’s authent c rock ‘n’ roll stars and selling a stagering 250 million records to date, Cliff will delight the audience with his spectacular live performance of best loved classics and new songs. Tickets for Cliff Richard’s concert go on sale at 9am on Sunday 9th December 2012.
The Festival will also play host to Frankie Valli and The Four Seasons, one of America’s most successful pop and rock group from the 1960s. Following a sensational sell out performance last year which marked their UK comeback after a 20 year break, the group will give fans another chance to hear many of the groups’ classic hits such as Big Girls Don’t Cry, Walk Like A Man, Can’t Take My Eyes Off Of You, Bye, Bye, Baby (Baby Goodbye) and December 1963 (Oh What A Night). The UK’s best ever selling classical artist Russell Watson will also be performing with his orchestra.
Having won four Classical BRITS, Russell will perform many of his well known songs including those from ‘Anthems’, his most recent album release. Russell’s special guests will be Amore, the stunning classical vocal quartet. Commenting on his appearance at the Festival, Russell said, “I'm delighted to be taking part in the Hampton Court Palace Festival next summer. I'm thoroughly looking forward to performing alongside some truly great artists and musical talent." Now a veteran of the Hampton Court Palace Festival, Jools Holland will provide a highlight of our summer concerts. His passion for music has made him a doyen of the music scene, and he was awarded an OBE in 2003 for his services to the British music industry. Jools’ phenomenal success has seen him sell millions of records throughout the course of his career and he holds the unique status of performing with musicians who have achieved success in every decade of the 20th Century. Playing with the fantastic former Squeeze drummer Gilson Lavis, Jools and his fantastic Rhythm & Blues Orchestra is set to raise the roof of the magnificent Palace once again! The Royal Philharmonic Concert Orchestra returns to the Festival for another spectacular evening.
The Orchestra will perform scores from the mainstream masters of classical music: Handel’s Music for the Royal Fireworks to Tchaikovsky’s waltz; from Swan Lake to Ravel’s Bolero. Young and upcoming trumpeter Melissa Venema from the Netherlands will perform the ever popular classic, Haydn’s Trumpet Concerto. There will be a long interval so that Festival-goers can enjoy their picnics and Champagne in the Palace Gardens as the sun sets. A fireworks display will provide a visual fanfare to round off this superb evening.
In addition to the music, Hampton Court Palace Festival is renowned for creating a truly unforgettable experience. Artists perform in the historic main courtyard of the magnificent Tudor Palace providing an intimate atmosphere for an audience of 3,000. Corporate hospitality is available in the State Apartments and Festival-goers can also arrive early (doors open at 5pm) to relax with drinks and picnics before the show in the stunning Palace Gardens.

Published on 07 December 2012 by Wayne Feltham