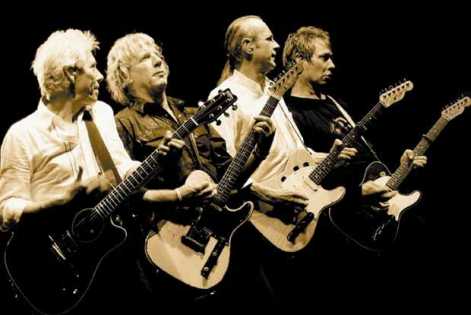 Live Nation are delighted to announce that Francis Rossi, Rick Parfitt, Alan Lancaster and John Coghlan, the original line-up of the mighty Status Quo, are reforming for a one-off, never to be repeated series of UK dates in March 2013

Status Quo manager Simon Porter said, “People have wanted this announcement to be made for years, and here it is.  This is a real moment in the chequered history of Status Quo and it comes after almost 30 years of acrimony, and 10 years of law suits and court battles. Just 2 years ago the thought of the Frantic Four performing again was unthinkable.  Now, 50 years on from when Francis and Alan first performed together as schoolboys, it is fitting that everything has come full circle for these unique one-off shows.”
More details, including the likely contents of the set, will be announced by the band themselves at the Classic Rock Awards on 13 November 2012.

Published on 07 November 2012 by Ben Robinson