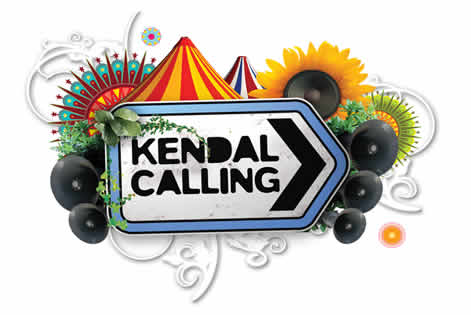 The award is a true accolade as the event was nominated to win by music industry experts. LIVE UK, who host the awards, are the only magazine dedicated to the UK’s contemporary live music industry; providing news, features and information to 2,500 key professionals. Kendal Calling were cherry picked, and the team are delighted to receive this valuable and highly sought after peer to peer accolade!

The festival has come a long way since its inception in 2006 when it was a small gathering of 900 people and a two day event in a park in Kendal. Directors of the festival Andy Smith and Ben Robinson have remained true to their ethos of bringing national and internationally recognised artists as well as providing a platform for regional talent to their local area. The festival prides itself on hosting the most fun and frolics you can have in the fields, and in 2010 they earned the UK Best Small Festival award at the UK Festival Awards voted for by the fans.

The small, core team behind Kendal Calling has gone from strength to strength with their projects, whilst the festival has sold out each year and although grown in size has retained its intimate and friendly atmosphere. 2011 saw the KC team launch ‘Live From Jodrell Bank’, a 5,000 capacity sell-out show featuring space rock band The Flaming Lips performing in the shadow of the famous Lovell telescope. More transmissions are in the pipeline at Jodrell Bank as well as exciting new areas at Kendal Calling Festival, including the return of the original festival Olympics the Cumbrian Olympics in recognition of London 2012 games.

Ben Robinson, Co-Festival Founder and Director said on behalf of the festival:

“It’s been an amazing year, the festival has gone from strength to strength, and we’re extremely proud of the whole larger team now involved. The festival is testament to those who come and year on year continues to attract a lovely bunch of people who just want to have a good time… which is what we set out to do 6 years ago."

The festival has always boasted a line up that punches well above its weight, plus has a plethora of entertainment for all ages, without the heavy price tag! Headliners at the festival last year included legends Blondie and the almighty Chase & Status. Plans for 2012 event are already under way and announcements are due to be made early 2012.

Published on 07 October 2011 by Wayne Feltham