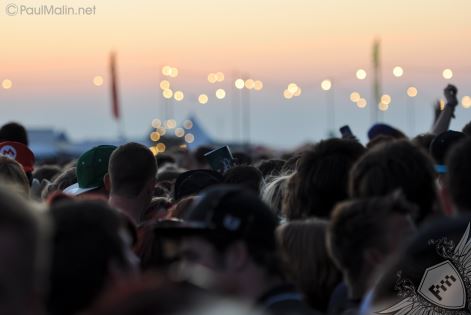 The official first day of Boardmasters Festival 2013 kicked things off in customary style with the sun drenched Fistral beach site a hive of surf, skate and musical activity.

Surfing saw the opening rounds of the Grom Masters (under 16s), the Pro Junior (under 20s) and Davidoff Cool Water Longboard Pro. Competitors paddled out in front of ever increasing crowds.

It was a busy day for the Under 16s as they pushed all the way through to the Semi Finals of the Grom Masters comp. Highlights included top seed and local favourite Newquay’s Angus Scotney and past ISA World Surfing games competitor, Mexican Eno James securing their places in tomorrow’s Semi Finals.

The Davidoff Cool Water Longboard Pro drew the crowd of the day as athletes competed in challenging conditions. The two top seeds; 7 times European Longboard Champion Ben Skinner and past English champ Adam Griffiths powered through to the Quarter Finals.

Just up from the beach the Open Mini Ramp saw a fiercely competitive field, with a distinct local flavour, wow the crowds. James Haney, dreadlocks flowing, put together a solid run with some memorable switch FS grinds to take third. However local lads Harry Wild and Chaz Merryweather weren’t to be denied, taking first and second respectively. Backed by a vocal crowd the pair went toe-to-toe blunt flipping in before continuing the trend with some breathtaking flip tricks.

The most unexpected highlight of the day had to be musical favourites The Bots and The 1975 acquitting themselves with ease on the mini ramp before their evening performances at the Beach Sessions.

As the sun shone over Fistral beach Lilium, Tom James and Neotropics provided the perfect audio backdrop for the surf and skate action. The music acting as a superb accompaniment from the Beach Bar daytime session

An action packed first day ended with the highly anticipated opening night of the Beach Sessions. These Reigning Days and The Bots played their hearts out before the eagerly anticipated headliner The 1975 were greeted by a wildly appreciative and boisterous Beach Bar.