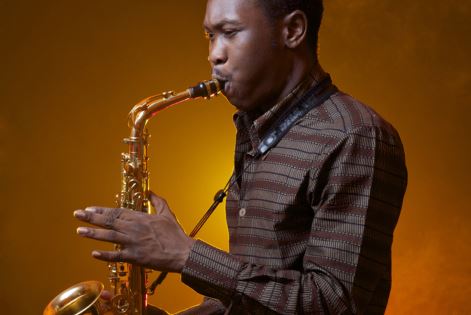 With less than a month to go until the 2015 edition, Wilderness Festival has added a final act to the eclectic main stage roster, as afrobeat performer Seun Kuti joins the Sunday line-up

playing under headliner Ben Howard on the last UK date, as well as Perfume Genius, Bombino, Rhodes and more to complete the diverse and exciting main stage line-up.

Seun Kuti performs the festival alongside 14-piece big band Egypt 80, following the release this February of his third album, ‘A London Way to the Beginning’. The son of the late Nigerian afrobeat innovator and human rights activist Fela Kuti, Seun is an inventive and multi-faceted musician whose progressive sound fuses jazz, funk, soul and African rhythms with other contemporary influences. A singer and saxophonist whose charismatic stage presence is as mesmerising as it is thought-provoking, Seun Kuti is a brilliant addition to Wilderness 2015’s music programme.

Wilderness is already shaping up to be one of the most exciting events of the festival season, with Bjork playing her only remaining UK date and going into the show with 4-5* reviews following her rare tour dates so far. And with a programme also featuring globally acclaimed and Michelin-starred chefs like Angela Hartnett, Nuno Mendes and James Knappett whipping up a culinary storm, over 340 hours of talks, debate and discussion with the likes of the V&A Museum and Sunday Assembly offering activities of a more intellectual pursuit, and leading London theatre from the groundbreaking Foolish People, Opera Holland Park, Battersea Arts Centre and Old Vic New Voices… The multi-faceted, multi arts festival is set for a sterling year.