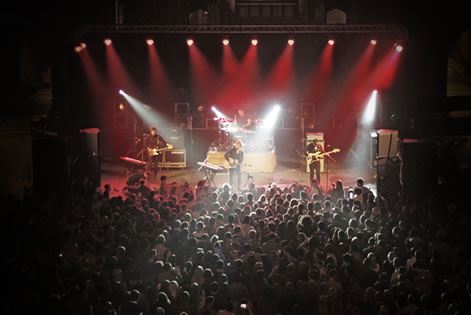 Liverpool Sound City 2014 boasted 350+ diverse bands playing at 25 venues across the city over a 3 day period, attended by thousands of music fans and delegates from around the world.

David Pichilingi, Liverpool Sound City CEO said, “Liverpool feels like the most fantastic place to be right now. This year Sound City received no less than 9,000 applications from bands around the world wanting to play our humble festival, from over twenty countries worldwide. This shows how serious we are now taken on a world stage - for both music and business.” David is right, and Liverpool Sound City 2014 was a thoroughly enjoyable, frantic and hectic few days. It’s a unique festival, organised by locals providing great music, artists, crowds, atmosphere and venues. Without doubt Liverpool is one of the world’s most exciting musical hotbeds and Liverpool Sound City is an important yearly fixture of that. Here’s hoping the festival will return even bigger and better in 2015.