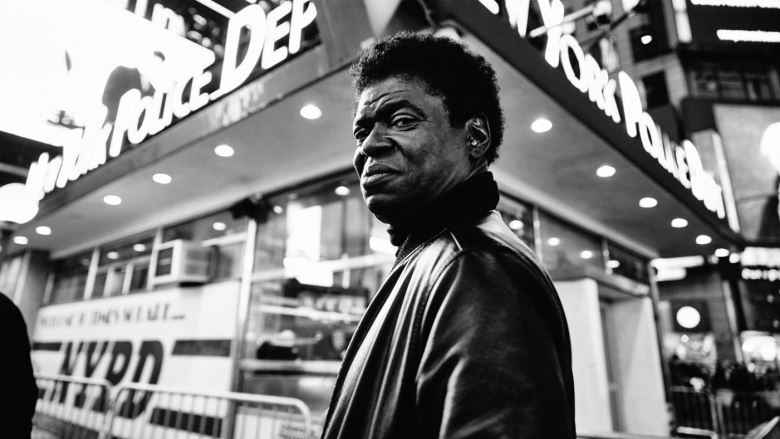 This year's WOMAD Charlton Park is already shaping up to be an absolute classic. Following the earlier announcement of the first confirmed artists to be heading to Wiltshire between 28-31 July (among them George Clinton Parliament Funkadelic, Baaba Maal and the Hot 8 Brass Band), we’re delighted to reveal the next wave of A-grade musical performers taking to the WOMAD stages.

Previously singer with Denver indie-rockers The Czars, JOHN GRANT has, in the last few years, emerged as a remarkably gifted singer-songwriter in his own right. His 2010 album Queen Of Denmark – a deeply personal offering described by Mojo as sounding “like a record its creator has been waiting his whole life to make” – paved the way for an astonishing breakthrough, since then John’s star has continued to ascend, as has his fascination with electronica.

CHARLES BRADLEY is another artist for whom the last few years have been remarkable. His is a truly heart-warming tale. After a lifetime of dead-end jobs, the soulman was picked up by Daptone Records, the New York label that brought belated elation to the likes of Sharon Jones and Lee Fields. Now Charles brings his glorious honey-and-sandpaper voice to Wiltshire for the next step in his extraordinary journey.

There are glorious voices a-plenty in the ranks of the all-woman supergroup LES AMAZONES D’AFRIQUE. Behind the name are some of the greatest female singers to emerge from the musical superpower that is Mali; Grammy award-winning Oumou Sangare is no stranger to WOMAD, having graced our stage many times over the decades with her always-remarkable shows, and bandmate Mariam Doumbia is best known as one-half of Amadou & Mariam, the terrific husband-and-wife duo. Malian jewel Kandia Kouyaté will also be bringing her hypnotic, emotional tones to the stage and completing the stellar group is the stunning voices of Rokia Koné and former member of Salif Keita’s band, Mamani Keita: a dream for any West African music fan.

ANA TIJOUX is quite simply one of the most significant rappers working in the world today. Born to Chilean parents who fled the brutal Pinochet regime in the 1970s, her music is shot through with an innate grasp of politics and injustice, tackling subjects not often confronted by other artists. Her song 1977 was one of the musical highlights of Breaking Bad.

And, while scouring all four corners of the planet for music, we don’t ignore what’s right on our doorstep either. There’s a very strong case for declaring ROOTS MANUVA to be the greatest rapper these shores have ever produced. Born and bred in London, his impressive body of work has spawned countless UK rap anthems over the years, jam-packed full of original lyrics and heavy and humorous themes.

But WOMAD is far from being all about the big names on the big stages. Little known musical gems can be found in every corner of the site, from Vietnamese protest performers to Sardinian choirs, proving there truly is something for everybody to discover at this year’s festival. The following few may just become your new favourite artists….

From Georgia, Nargile is one of the foremost performers in the Caucasus bardic traditions.

Groove-heavy trio from Melbourne with a very fine line in what they called “outernational psychedelia”.

Rhythms of resistance from these protectors of Haiti’s voodoo-tinged roots music.

Veteran Vietnamese musicians with high-impact songs that reflect on the Vietnam War 40 years after it ended.

Colombian groove machine that slices and dices salsa with hip-hop, ragga and funk.

Multi-instrumentalist Mercedes has won many admirers over the years for her fusing of electronica with the folk traditions of her native Galicia, in Spain’s north-west corner.

Brit-jazz at its funkiest. A glorious sound made by sax, tuba and double drums.

Afro-pop diva from Ghana, touted by many to be the new Angelique Kidjo.